Japanese exports fell for a seventh straight month in June as a slowdown in global growth and uncertainty over trade continued to buffet the world’s third-largest economy. The value of shipments abroad dropped 6.7% in June from a year earlier, according to the finance ministry, with falling exports of semiconductor components and auto parts among the biggest drags. 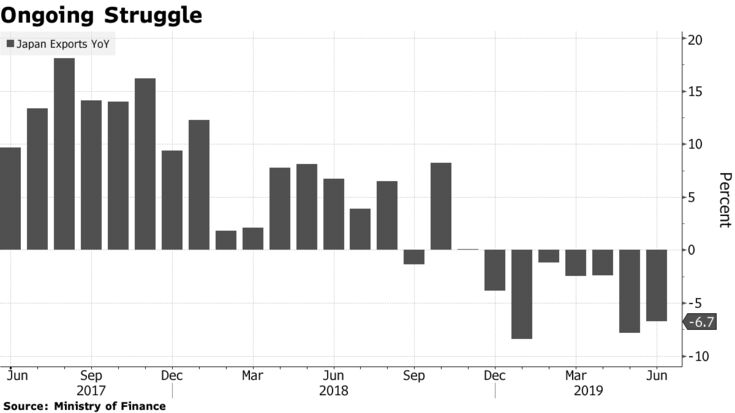