Just recently we warned that thanks to Obamacare, insurers would be unveiling enormous premium increases to the public,ironically just one week before the presidential election.

As the Wall Street Journal reports, Oregon and Virginia are the first two states to make insurers’ premium proposals for 2017 public, and we are now able to see a glimpse of what will be coming regarding insurance premiums for next year[Spoiler alert: it’s ugly]. While it is noted that some of the subsidies provided by the federal government will help the lowest income consumers cover the bill, based on what we have learned from Virginia and Oregon, a vast majority of individuals will be googling “sticky wages” soon, as they scramble to figure out how they’re going to be able to afford such enormous increases. 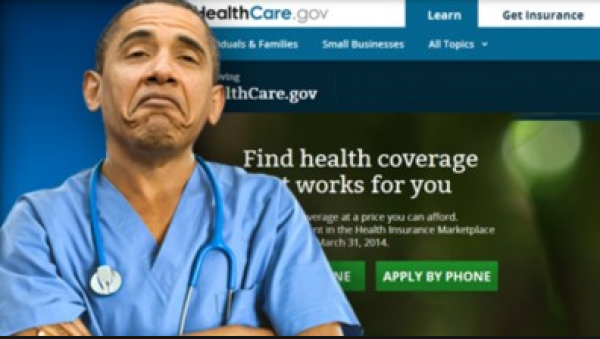 Starting in Virginia, Anthem Inc and Carefirst BlueCross BlueShield are proposing 15.8% and 25% increases respectively. In Oregon, the increases are stunning to say the least. Providence Health Plan, currently the largest insurer for people buying coverage through the Oregon health exchange, is seeking an average increase of 29.6%. Not to be outdone,Moda Health Plan Inc, another large insurer for the state, is proposing a premium increase of 32.3% – this is after a 25% hike last year. For some context as to how out of control premium increases will be for those enrolled in Oregon, Kaiser Foundation Health Plan of the Northwest is asking for an increase of 14.5%, the second lowest percentage increase in the state. Insurers seeking double digit rate increases are citing higher than expected medical costs (just as we said) incurred by their enrollees as factors in their decisions.

Oregon’s insurance commissioner has the authority to block proposed premium changes, but indicated that she wants to make sure the companis can cover insurance claims as well as making sure the plans are affordable for consumers.

“For the next two months, we will analyze the requested rates to ensure they adequately cover costs without being too high or too low” said commissioner Laura Cali.

Good luck with that Laura.

What was easy to predict is now happening, which is that Obamacare is doing absolutely nothing to help drive down costs of anyone’s premiums, and is in fact driving double digit increases. We look forward to learning how The Donald and presumably Hillary (if she’s still in the race) will deal with the public outrage as the sticker shock sets in right before the election. Whatever the strategy, we are sure that the message will certainly resonate with the public that the government works for those on main street, and its here to help.