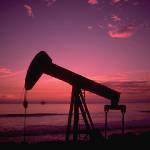 Oil prices appear to be holding at about $45 per barrel, for now.  Gasoline prices are finally coming down too.  Here in the land of fruits and nuts we filled up our gas tank over the weekend with the cheap stuff for just $3.19 per gallon.  What a deal.

The combination of over production, diminishing global growth, and the end of sanctions against Iran, could keep oil prices down for several years – or more.  For southern California commuters, and other consumers, lower oil prices act like an income boost.  The savings at the pump can be used to buy more goods.

Ordinarily, lower oil prices, and the potential for greater consumption, would serve to increase the Fed’s favorite metric…aggregate demand.  Conceivably lower oil prices could give GDP a bump.  So, too, they could allow consumers to pay down debt.

But this is hardly an ordinary, garden variety, cyclical oil price decline.  Unfortunately, it is the great big bust that followed the great big boom in U.S. oil and gas development and production.  What’s more, a lot of big bets, fueled with cheap credit, were made with the premise that oil prices would be much, much higher than $45 a barrel.

Persistently lower oil prices are undermining the paper financing structure that stimulated new oil and gas exploration and production.  A similar event, triggered by the unexpected drop in house prices, occurred several years ago.  Bank balance sheets were shredded.  Thus any boost the economy gets from lower oil prices will be overwhelmed by the fallout of busted oil projects.

The crux of the problem is that massive amounts of money were borrowed to fund fracked oil wells that are only profitable if oil is above $75 a barrel.  But oil is only at $45 a barrel.  So a sea of oil wells across Texas and North Dakota are not profitable.

Hence, the finance books of banks and investment funds across the planet are full of bad loans.  Like mortgage backed securities, this is turning out to be yet another instance of gross malinvestment.  Naturally, the boom and bust of the oil market cycle has been exasperated by artificially suppressed interest rates courtesy of the Federal Reserve.

For oil prices, the boom and bust cycle doesn’t play out in a calendar year.  It can take several decades to bring new supply online and then exhaust it once in place.  New production doesn’t come easily.  But once in operation, there’s no logical way to flip an off switch.

Certainly, some revenue is better than no revenue.  But the difference between production costs and revenue must be made up one way or another.  Debt is needed to fill the gap, because at $45 a barrel, an oil producer’s operating cash flow can’t keep up.  The next phase in the bust part of the cycle will be when banks cut back or cutoff their credit to oil producers all together.  That day is rapidly approaching…

“Next month, banks will review the credit they extended to oil companies when crude prices were higher and oil producers had more financial protection against the oil-market crash,” reported the Houston Chronicle.

“By some estimates, lenders could cut oil company credit lines by as much as $15 billion, trimming more muscle from an industry that already has cut loose thousands of Texas workers and sidelined hundreds of drilling rigs.  The cuts could leave the companies without cash to weather low prices for the oil they’re producing now and unable to pay for equipment and personnel to explore for more oil to sell when prices turn higher.”

“The Energy Information Administration reported on September 18 that currently, 85 percent of U.S. oil drilling companies’ revenue cash flow—that of the oil majors, and of the smaller shale companies—is going to debt payments.  Up until mid-2014 this proportion had been 45-55 percent for most of the last decade, already quite high.  Eighty-five percent clearly can’t be sustained even far into 2016.

“This high-yield debt bubble, in total, is about $600 billion; it is being rolled over now at rapidly increasing interest rates (11-12 percent); and it is facing total collapse.”

Major bank collapses will follow.  The economy will regress into recession.  Then, as night follows day, Fed Chair Janet Yellen will come forward with the master plan.  The crowning achievement of modern day monetary policy thought will finally be put to the acid test. Milton Friedman’s helicopter money drops will come to a city near you.