Picasso And The Money Illusion

With the purchase of Picasso’s Les Femmes d’Alger dans leur appartement (Version O) for $179 million, the world was served up another piece of evidence that money has lost all value. 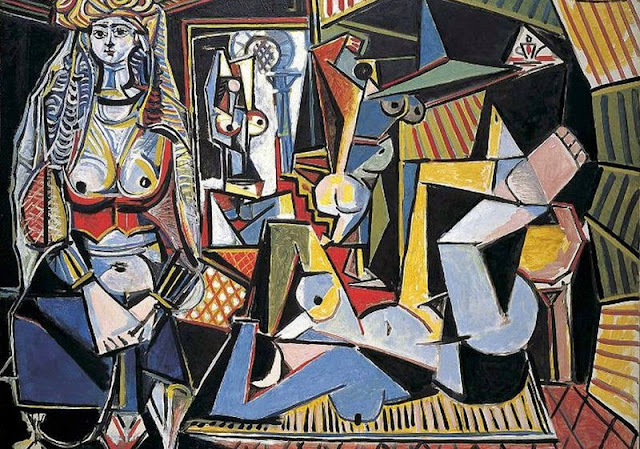 Some will argue that such a price is justified for such a one-of-a-kind object, but what is really going on is not that the value of art is increasing but that the value of the paper currencies being used to buy it is being destroyed by central banks who print trillions of dollars of money around the clock.

This phenomenon – which the economist Irving Fisher named “the money illusion” – is causing massive inflation in financial assets around the world – stocks, bonds, real estate and yes, art.

This is contributing to increasing wealth inequality since the only people who can afford to own such assets are the rich.

As the rich get richer, the other 99% keep falling further behind. The game is rigged to work that way…

Other Rough Lessons to Be Learned

As stocks again flirted with new highs last week, we learned that second quarter GDP growth in the United States is fading fast.

The latest evidence of this was the purchase of AOL by Verizon, which brought back memories of the last time AOL was merged in perhaps the worst deal in history, the Time/AOL merger in 2000 at the height of the Internet Bubble.

Some argue that mergers are a sign of confidence on the part of corporate managements, but I have always believed that they are often a sign that management is seeking growth outside of its business because internal growth prospects are limited.

This view is supported by the fact that many mergers fail to generate the promised results and virtually all of them lead to layoffs and other cost reductions that are negative for economic growth. There have already been more than $1 trillion of mergers announced in 2015, a sign that companies are looking outside for growth.

Recent market strength has been supported by two interconnected factors: a weakening dollar and rising oil. After breaking out of the gate with a huge rise against the euro and other currencies in 2015, the dollar has taken a step back in recent weeks.

The euro started the year at $1.20, weakened to $1.05 and is now trading back at $1.14. This is likely due to a growing belief that the Fed will wait until at least September to start raising rates.

The pause in the dollar rally has been responsible for a better than 40% rally in oil off its low price for the year, which has helped energy companies raise a lot of new equity and debt to get through a period of low prices.

Don’t Count on a Weak Dollar or High Energy Prices

Higher oil prices has helped the energy sector of the S&P 500 (INDEXSP:.INX) recover in price. Unfortunately, neither dollar weakness nor higher energy prices are likely to persist over the next few months. The express policy of other central banks is to weaken their currencies and they will likely redoubled their efforts to do so. A stronger dollar will renew pressure on oil prices.

In the meantime, the fixed income markets remain a wasteland for investors.

Once touted as must-have investments, these have been reduced to glorified money market funds by the Federal Reserve’s policies that have effectively destroyed bonds as an asset class.

But These Securities Aren’t What They Seem

What investors may not realize is that these funds invest in derivatives such as options and futures, foreign bonds and other instruments and are far from the plain vanilla bond funds that they are portrayed as in the media.

They have no choice but to chase yields in a no-yield world. This is what happens when central banks squeeze interest rates down to zero and buy most of the available bonds and hoard them on their own balance sheets.

Now that stocks are back at their all-time highs, investors are waiting to see if they will finally break out of the range in which they have been stuck for the last few months.

It appears that concerns about the Fed’s intention to raise rates later this year have placed a cap on the market. But as economic data has weakened, investors are trying to talk themselves into thinking that the Fed may wait even later than September, which would give them the courage to push prices even higher.

In my opinion, this is a very dangerous game. Valuations are high and the Fed is more likely than not to raise rates before the end of the year if only to protect its credibility. While one of two 25 basis point rate hikes would not be a big deal in terms of magnitude, it would signal, as New York Fed President said earlier this week, a “regime change.”

What that means is that it would be the first rate hike in over 7 years and indicate a change in policy direction. The Fed probably wouldn’t raise rates again for a long time after such a move, but the likely result would be another leg up in the dollar rally and some serious market volatility (including a drop in stock prices). Investors should proceed cautiously in the weeks and months ahead.