Sometimes a picture is worth 1000 basis points of missing yield. The salvage workers shown below may be needed on the absurdly priced 4.95% “junk bonds” issued by the motely crew of Brussels-appointed vassals which passes for the Greek government. 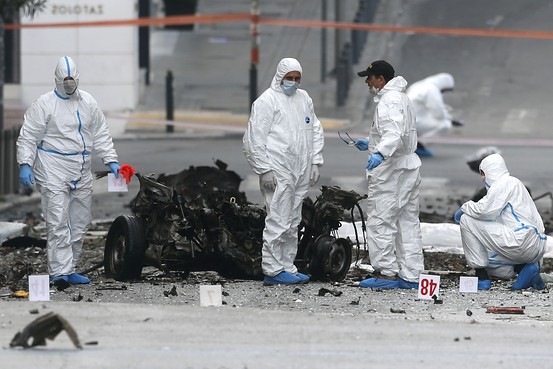 Forensic experts search for evidence on a street where a car bomb went off outside a Bank of Greece building in central Athens early Thursday.                Reuters