Pro-Market “Reform”, China-Style—-Kill The Chicken To Scare The Monkey

By Shen Hong and Wei Gu at The Wall Street Journal

China’s crackdown on alleged misdeeds by traders escalated dramatically in recent days, as officials went after one of the country’s best-known fund managers and then members of his family.

In the past 10 days, authorities have gone from detaining Xu Xiang, who runs Shanghai-based Zexi Investment, for alleged insider trading and stock-price manipulation, to freezing stockholdings valued at more than $1 billion owned by his parents.

Mr. Xu’s detention marked a milestone in Beijing’s far-reaching crackdown on perceived fraud and irregularities in the wake of the summer’s stock-market crash. Authorities have repeatedly railed against short sellers and other traders, alleging “malicious intent” that jeopardizes the country’s financial security.

Their targets include senior securities regulatory officials, the head of the nation’s top brokerage, star private-equity traders and a financial journalist.

While the campaign—which some in the market have dubbed “kill the chicken to scare the monkey” after a Chinese proverb—has gone some way to reassuring the tens of millions of retail investors who dominate share trading in China, it has sent a chilling message to asset managers and other financial-industry professionals, many of whom are now consulting with lawyers and changing how they do business.

“After Xu Xiang was arrested, many people got nervous,” said Ye Fei, a Shanghai-based fund manager, who was himself fined $3 million for stock-market manipulation in September.

Mr. Ye, who manages the equivalent of about $785 million in assets, didn’t dispute the fine but said he has since hired a new compliance officer. “I have been studying the rules very carefully, because I don’t want to pay my hard-earned profits out as fines,” he said.

Two of Mr. Xu’s funds had attracted widespread attention in China for their unusual success, posting strong gains this year even as the broader market declined.

It wasn’t possible to reach either Mr. Xu or his parents for comment, and it wasn’t clear whether they had legal representation.

Fund managers say regulators have been telling them what they like and don’t like via warning letters from stock exchanges to brokers. Piling on buy orders when stocks are rising is bad. Dumping shares when the market is tanking also gets a warning.

Shorting index futures—to bet on falling markets or simply to hedge against stock portfolios—is now frowned upon. Sidney Yu, a hedge-fund manager in Shanghai, said he hasn’t been trading in recent months. “I don’t want to get arrested,” said Mr. Yu, who manages the equivalent of about $188 million in assets.

“It has become very expensive to short the market, even just for hedging purposes,” Mr. Yu said.

The broad crackdown began June 20, when the head of a bureau that monitors share issuance at the securities regulator was fired after her husband was suspected of illegal stock trading.

The day before, the benchmark Shanghai Composite Index had fallen 6.4%, capping one of its worst weeks in years. 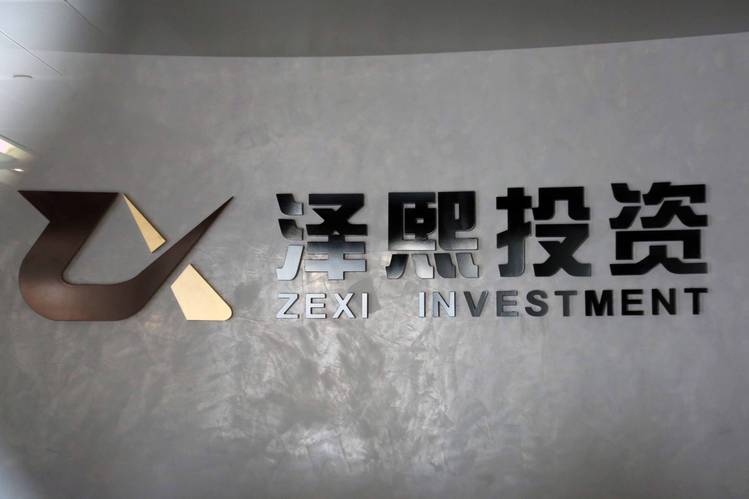 A sign outside the empty Shanghai offices of Zexi Investment on Nov. 2, after fund manager Xu Xiang was arrested.

As the selloff deepened, the vice minister of public security was sent to Shanghai in early July to launch a probe into criminal trading offenses.

Three weeks later, the China Securities Regulatory Commission imposed restrictions on 24 trading accounts, including those set up by foreign hedge funds such as Citadel LLC, for alleged irregularities caused by high-frequency trading. Citadel said at the time that the rest of its China business was operating normally and it was continuing to comply with all local laws.

A few days later, four more Citic executives were detained as was Liu Shufan, a senior CSRC official who was accused of bribery and insider trading.

On the same day, Wang Xiaolu, a journalist at the influential financial magazine Caijing,was placed under detention on allegations of fabricating and spreading false market information. Caijing had earlier published an article by Mr. Wang that cited unnamed sources as saying the securities regulator was considering an exit strategy for the government’s market-rescue effort. Mr. Wang couldn’t be reached for comment. After his detention, state TV showed him saying he had inflicted “huge losses on the country and investors.”

The campaign reached a climax when the police placed Citic Securities’ general manager Cheng Boming under investigation for insider trading in September and later fired Zhang Yujun, assistant chairman at the CSRC, after a probe into “severe violation of discipline.”

Mr. Zhang was the highest-ranking CSRC official to lose his job. Signifying his importance, he had been dubbed “captain of the national team”— the group of officials that led the government’s market bailout.

Since the crackdown began, CSRC officials and mid- to senior-level executives at Citic Securities have been forbidden from internal job transfers or resigning, people familiar with the situation told The Wall Street Journal.

Representatives of Citic or the CSRC couldn’t be reached for comment. It wasn’t possible to contact the detained executives, and it wasn’t clear whether any of them had legal representation. Citic Securities has previously said it was cooperating with police investigations of several employees.

“You have to prove that you are clean and wait for your freedom until the whole campaign is over,” one of the people said.

As China’s markets tumbled, Beijing took a variety of unorthodox steps to keep money in existing stocks, including ordering brokerages and large shareholders not to sell equities. For now, authorities appear to have succeeded in winning back retail investors’ confidence. The main Shanghai index has rebounded 25% since a low in late August, when it had lost 43% from a mid-June peak, erasing $5 trillion in market value.

In an apparent signal that Beijing felt it was winning the battle to turn the market around, regulators last week ended a four-month-long ban on initial public offerings and vowed to reform the IPO process.

“The government’s crackdown is necessary and it has restored some confidence,” said Wu Yunfeng, a retail investor in Shanghai. But he also has some lingering doubts.

“The authorities have arrested a lot of people, but we still don’t have a clear picture regarding the real reasons behind it,” Mr. Wu said of the crash. “Sometimes we just tell ourselves that we don’t really need to know the truth, as long as the market goes up.”