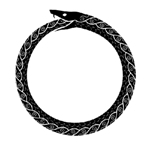 Dark storm clouds gather along the economic horizon.  They multiply ominously with each passing day.  The recovery, weak as it has been, has run for nearly seven years.  Now it appears to be sputtering and stalling out.

On Tuesday, for example, iconic computer chip manufacturer Intel announced they’d be laying off 12,000 employees.  Alas, with the decline of the personal computer, this has been a long time coming.  But it was the full 10 percent decline of PC sales during the first quarter of the year that finally triggered Intel’s reduction in force (RIF).

Intel’s new plan is to reinvent itself.  From what we gather the new strategy is to refocus its efforts on cloud computing and connected – internet of things – devices.  “I am confident that we’ll emerge as a more productive company with broader reach and sharper execution,” said CEO Brian Krzanich.

Indeed, this will likely be true over time.  Intel isn’t Kodak.  Computer chips will eventually be in just about everything – not just personal computers.  Intel stands to prosper from the development of this trend…as long as they don’t miss the boat like they did with tablets and mobile devices.

Incidentally, and as plain evidence of Wall Street’s earnings game, Intel reported profits that exceeded analyst predictions.  This, of course, offers little consolation to the 11 percent of Intel’s workforce that have been RIF’d.  They still must look for new jobs.

In the broader scheme, Intel isn’t a unique or isolated event.  Their decision to make large cuts to their workforce is likely signaling more than just a company in transition.  More than likely, it’s signaling an overall economy that’s no longer expanding.

Total first quarter earnings growth will likely be negative for the fourth consecutive quarter.  Already we know that – across the board – it has been an absolute bloodbath for the big banks.  In fact, they’ve successfully achieved a quinfecta for double digit declines in investment banking net revenue.

Investment banking revenue at Morgan Stanley fell 18 percent, at JPMorgan Chase it fell 24 percent, at Goldman Sachs it dropped 23 percent, at Citigroup it declined 27 percent, and at Bank of America it fell 22 percent.  Overall, the picture is much worse.  Take Goldman Sachs, as reported by DSnews.

“According to Goldman Sachs’ 2016 first quarter earnings statement released Tuesday, net income at the firm fell 60 percent year-over-year due to operational troubles in all areas of the business.

The economy, like a week old tomato, is turning from over ripe to rotten.  As of April 19, the Atlanta Fed’s GDPNow model is forecasting real GDP growth in the first quarter of 0.3 percent.  By our estimate, this translates to a no growth economy.

Like the Ouroboros, the mythical serpent eating its own tail, we’re rapidly consuming our future.  Yet at the same time stocks keep going up.  DOW 18,200 is the next target.  It’s utterly insane.

But perhaps this massive asset price bubble is merely the rational response to the Fed’s relentless zero bound federal funds rate.  The last we checked the 10-Year Treasury note was yielding about 1.87 percent.

Do you want to loan $1,000 to the U.S. government for 10 years and wait a decade to make a whopping $187?  Or would you prefer the prospect of making multiples of that in a fraction of the time with the added risk that comes with investing in an amalgamation of growth and dividend paying stocks?

These, obviously, are questions that each individual must answer according to their own unique preferences.  Presently, after selling off earlier in the year, the stock market is answering the call.

But remember, May is just around the corner…and the old adage to ‘sell in May and go away’ may never have been more fitting.  Regardless, Treasury notes are for fools.