Recovery talk goes on and on. Assuming there is a genuine recovery as opposed to a financial recovery, where would one most likely find evidence?

I propose evidence should be apparent in those out of school, yet not retired. More specifically, we should see evidence in the age 25-54 demographic. 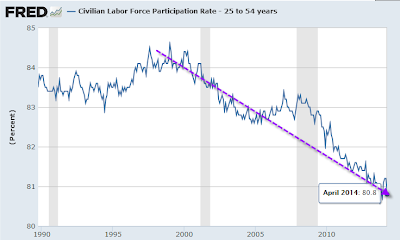 The participation rate is the percentage of people who are either employed or actively seeking work.

Where is the recovery?

Some might accuse me of cherry picking a timeframe on the above chart. OK. Here is a longer-term chart. 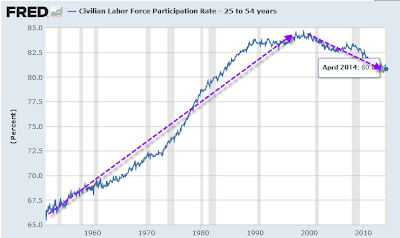 Women entered the workforce en masse in the 1960s to 1990s. Leveling off is understandable, but why the decline? 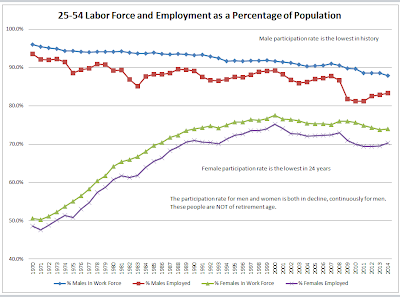 If anyone has any credible evidence that shows the unemployment problem is cyclical in nature, not structural, please send it.