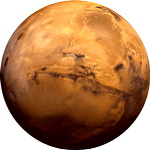 One of the more preposterous deeds of modern central banking involves creating digital monetary credits from nothing and then using the faux money to purchase stocks.  If you’re unfamiliar with this erudite form of monetary policy this may sound rather fantastical.  But, in certain economies, this is now standard operating procedure.

For example, in Japan this explicit intervention into the stock market is being performed with the composed tedium of a dairy farmer milking his cows.  The activity is more art than science.  Similarly, if you stop – even for a day – pain swells in certain sensitive areas.

In late April, a Bloomberg study found that the Bank of Japan (BOJ), through its purchases of ETFs, had become a top 10 shareholder in about 90 percent of companies that comprise the Nikkei 225.  At the time, based on “estimates gleaned from publicly available central bank records, regulatory filings by companies and ETF managers, and statistics from the Investment Trusts Association of Japan,” Bloomberg assumed the BOJ was buying about 3 trillion yen ($27.2 billion) of ETFs every year.  The rate of buying has likely accelerated since then.

In fact, this week ZeroHedge reported, via Matt King of Citibank, that net global central bank asset purchases had surged to their highest since 2013.  This seems to explain why, even with investors pulling money out of equity funds for 17 consecutive weeks, and at a pace that suggests a full flight to safety, stock markets are trading at all-time highs.

In short, central banks are pumping “liquidity” into stock markets faster than investors are pulling their money out.  The main culprits, at the moment, are the BOJ and the European Central Bank (ECB).  Similar efforts may soon come from a central banker near you.

Other than attempting to, somehow, boost the economy by levitating the stock market, the objective of this explicit central banking intervention is unclear.  The popular theory seems to be that the “wealth effect” of inflated asset prices stimulates demand in the economy.  The premise, as we understand it, is supposed to play out along the following narrative…or a derivative thereof.

As stock portfolios bubble out investors feel better about their lot in life.  Some of them even buy flat screen televisions.  Others buy wearable fitness trackers and matching gym shorts.  Before you know it, gross domestic product goes up – along with wages – and unemployment goes down.  An economic boom ensues.

If you don’t buy it, there are even ridiculous abstractions – like liquidity trap graphs – that provide academic cover for central banks to pump “liquidity” into ETFs.  According to these graphs, pumping into government debt no longer provides the stimulus they’re after.  They reason that inflating stocks, and the theory of the wealth effect, may do the trick.

Naturally, we have some reservations.  Namely, what are the side effects?  What are the unintended consequences?  What happens to a market of stocks when central banks become the largest shareholders?

Shingo Ide, chief equity strategist at NLI Research Institute in Tokyo, hits at an answer: “For those who want shares to go up at any cost, it’s absolutely fantastic that the BOJ [or any central bank] is buying so much.  But this is clearly distorting the sanity of the stock market.”

Moreover, BOJ and ECB asset purchases are not just distorting their respective stock markets.  Remember, markets are connected these days more than ever.  Central bank liquidity pumping into one market can show up in another.  At the moment, dollar based U.S. blue chip stocks – especially those that pay a dividend – are the hot product.

This week the S&P 500 hit a new all-time high.  Every inkling inside of us, from our gut to our brain to our big toe, says stocks should’ve already crashed.  They are overvalued to the extreme by various valuation measurements.

The S&P 500’s Shiller price-to-earnings ratio was 26.92 at yesterday’s close of market.  That’s well above its 16.68 long term average.  Likewise, the Buffett indicator – market capitalization to gross national product – ended the day at 122.9 percent.  This is considered “significantly overvalued.”

Certainly a crash in eventual.  But is it imminent?

Over the last decade we’ve consistently underappreciated the ultimate extreme limits of the effects of radical central banking policies.  Whether it was residential property prices in the mid-2000s or present day government debt yields, we continue to be shocked and dismayed by how far prices can drift out of orbit from the economy.  At the moment, this goes for the U.S. stock market too.

In this respect, we must recognize and attempt to fully appreciate that global central banks are on a collective suicide mission.  They think that printing money and buying stocks will save us from ourselves.  In practice, this means that before stocks melt down we could be treated to the grand spectacle of an epic melt up; a historical measurement of the insanity of central bankers.

We don’t like it.  What’s more, the overall destruction to the economy and personal living standards will be grave.  But we cannot deny the reality of the parallel universe we find ourselves in.  All reservations must be suspended.

Stocks may not only shoot to the moon.  They may keep on going to Mars – and Hades – before this is over.