Thanks, Mario! With $90 Billion Of Bad Loans, Italy’s Largest Bank Is Being Monkey-Hammered by ECB’s Subzero Rate Policy 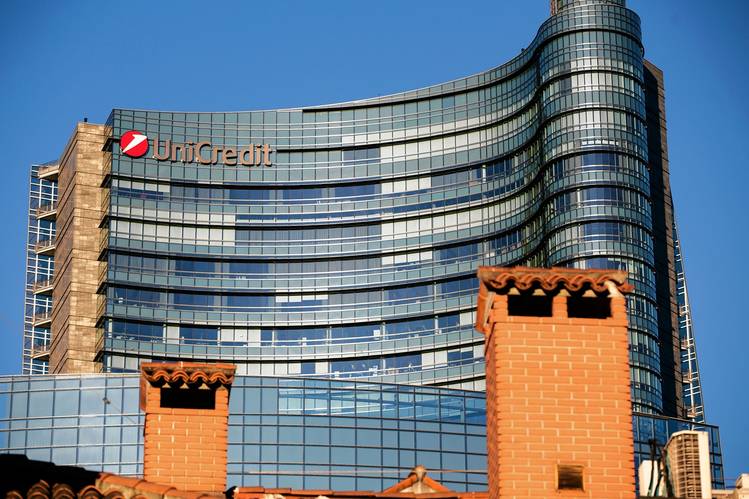 MILAN—For UniCredit SpA, the summer of discontent for Italy’s banks looks likely to stretch well into the fall—and possibly beyond.

UniCredit, Italy’s largest lender by assets, emerged as one of the weakest big banks in Europe in July’s stress tests, showcasing the failure of its attempts to respond to rock-bottom interest rates and a huge pile of bad loans.

Now, as Jean-Pierre Mustier, the bank’s new chief executive, readies a big-bang plan to revive UniCredit’s fortunes, he faces a series of unpalatable choices: Aggressive action to cut the bank’s €80 billion ($89.9 billion) in bad loans—the largest of any European bank—would force the Milanese bank to raise billions in fresh capital, while an asset sale could help bolster its capital position but would hurt already thin profit.

Meanwhile, the travails of Italy’s No. 3 lender, Banca Monte dei Paschi di Siena SpA, promise to only complicate Mr. Mustier’s job. On Thursday, Monte dei Paschi said its CEO, Fabrizio Viola, had agreed with the bank’s board to resign, in a surprise move that came as that bank works on a plan to shed €28 billion in bad loans.

Troubles at UniCredit, which has a vast business in Germany and Eastern Europe, could threaten not only Italy’s ailing economy but also the continent’s already fragile financial stability.

Britain’s vote to leave the European Union has upended Europe’s status quo, making the financial system more sensitive to shocks. Investors are watching UniCredit closely, as they expect its fate to affect both Italy and potentially other lenders on the continent.

“Fixing UniCredit is of paramount importance for Italy’s banking system, for the country’s economy and for the eurozone,” said Fabio Caldato, a London-based partner at asset manager Olympia Wealth Management.

Like most of its Italian peers, UniCredit has sustained a double whammy of ultralow interest rates—Italian mortgage rates are as low as 1%—and a decade of economic doldrums in Italy, which have helped drive up bad loans and batter profits. 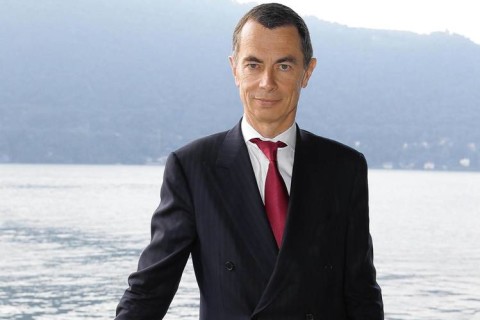 For several years, the bank responded by gradually raising commissions, selling assets and cutting costs. The push has yielded little. In the past two years, commissions inched up 2% to €7.9 billion for 2015. That failed to offset an 8% drop in net interest income—the difference between interest the bank receives on loans and what it pays on deposits—to €12 billion last year.

As a result, a plan to reach net profit of €5.3 billion in 2018 appears wildly optimistic, with net profit last year at just €1.7 billion. At the same time, the bank has had to write down €24 billion in bad loans in three years.

These problems have conspired to leave UniCredit’s common equity Tier 1 ratio, an important measure of banks’ capital, at 10.51% at the end of the second quarter, just a hair over regulatory requirements of 10% and lower than the 12.7% for its Italian rival Intesa Sanpaolo SpA.

With the stock down more than 60% since the start of the year, Mr. Mustier sought to buttress investor confidence in July by announcing two transactions immediately after taking the helm: the sale of 10% stakes in two of the bank’s crown jewels—online broker FinecoBank SpA and Poland’s Bank Pekao SA.

However, a few weeks later, the stress tests showed that a downturn would leave the bank with a dangerously thin capital buffer of just over 7%. The bank’s stock fell 13% in the days after the stress tests. It has picked up since but is still down 55% in the past year.

Now, Mr. Mustier faces some tough choices as he readies a new strategic plan slated before year’s end. First, he plans to fatten UniCredit’s capital cushion by at least €8 billion, according to a person familiar with his thinking.

But the figure could be higher if the bank decides to sell a large chunk of its bad loans in one go—an option investors are pushing for and Mr. Mustier is considering, the person said.

A major move to unload bad loans, perhaps as much as €20 billion, “will be key for a rerating of the stock,” said Vicenzo Longo, a Milan-based strategist at IG Markets.

However, Monte dei Paschi presented a plan in July to sell €28 billion of bad loans at 27% of face value. That has effectively set a new benchmark for the pricing of Italian bad loans. Since UniCredit attributes a higher value to its bad loans, a sale of €20 billion of loans would force it to take €2 billion in write-downs—thus increasing the size of a capital increase.

Mr. Mustier could also sell assets to beef up capital, but such prospects have worsened recently. Turmoil in Turkey would make it hard to sell the bank’s Turkish business. Meanwhile, UniCredit has been in talks to sell its remaining 40% stake in Pekao to Polish insurer PZU SA, but the latter is now interested in buying just 30%, according to people familiar with the situation.