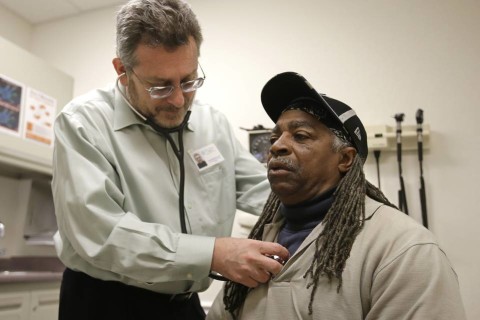 The average cost of health coverage offered by employers pushed above $18,000 for a family plan this year, though the growth was slowed by the accelerating shift into high-deductible plans, according to a major survey.

Annual premium cost rose 3% to $18,142 for an employer family plan in 2016, from$17,545 last year, according to the annual poll of employers performed by the nonprofit Kaiser Family Foundation along with the Health Research & Educational Trust, a nonprofit affiliated with the American Hospital Association.

Employees paid 30% of the premiums for a family plan in 2016, compared with 29% last year, according to Kaiser. For an individual worker, the average annual cost of employer coverage was $6,435 in this year’s survey, with employees paying 18% of that total. The change in annual premium for individual coverage from 2015 wasn’t statistically significant.

Economists have long debated the reasons for the slow pace of growth in premiums, which has continued for several years. Some have argued that the limited rate of increase is primarily linked to aftereffects of the recession and continued economic uncertainty. 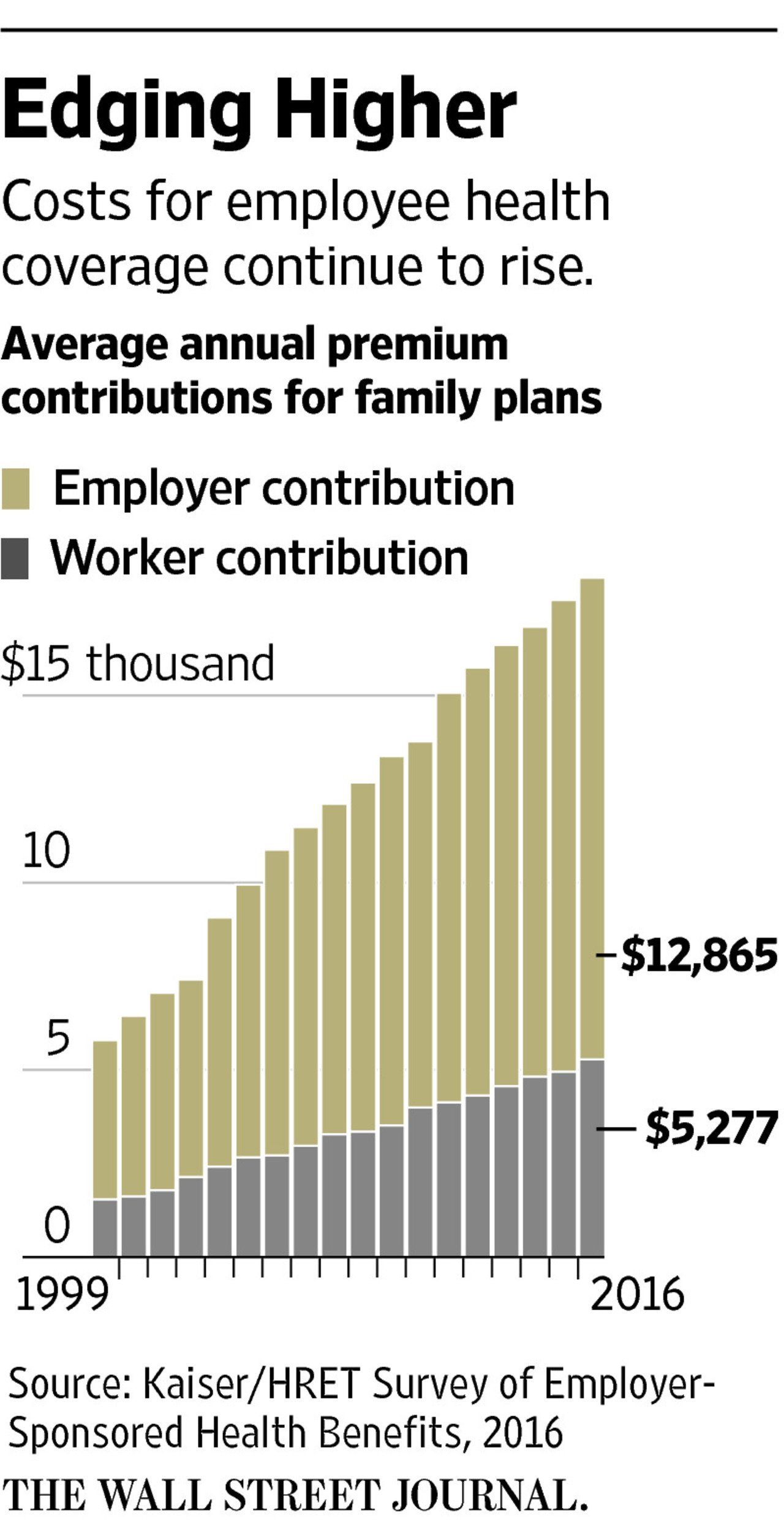 But the newest Kaiser survey highlights the effects of another shift: the continuing growth of plans that involve higher out-of-pocket costsin the form of deductibles. Kaiser foundation analysts suggested that the movement of workers into higher-deductible plans reduced the rate of premium growth by half a percentage point this year and another half-point last year.

Employers’ efforts to stem cost increases are the major driver behind the shift, said Drew Altman, chief executive of the Kaiser Family Foundation. High-deductible plans typically have significantly lower premiums than other types of plans. “Practically, it’s a step they can take to keep their costs down,” he said.

This year, 29% of covered workers were enrolled in high-deductible plans that can be paired with savings accounts that aren’t taxed, up from 24% last year and 20% in 2014.

At the same time, the share of employees with health coverage who had traditional preferred provider organization plans was just 48% this year—the first time it had dipped below half since 2001, when health-maintenance organizations were more prominent.

In another milestone, for the first time, more than half of workers had a deductible of more than $1,000 for a plan covering a single person. The share was 51%, compared with 46% last year. However, some of those workers’ deductibles are offset by employers’ contributions to their tax-free accounts.

The Kaiser foundation’s Dr. Altman said rising deductibles were unlikely to be a major factor in voters’ presidential choices this fall, but the next administration will come under pressure to deal with the issue of rising health costs.

A separate Kaiser foundation poll of consumers, performed in June, found that among insured people, deductibles were cited more often than premiums as the greatest financial burden related to health care.

The Kaiser employer survey continued to show limited effects of the Affordable Care Act on employers’ health benefits. It also showed that the share of employers that offer health benefits, at 56% this year, remained roughly the same as last year. However, the survey has shown a long-term decline in the share of very small employers offering coverage. Among employers with 10 to 49 employees, 66% offered health benefits this year, down from 76% in 2012.

Gary Claxton, a vice president at the foundation, said the decline precedes the major impact of the ACA and doesn’t appear connected to the law. He said it may be connected to the cost of health coverage and a labor market that, in the past several years, apparently hasn’t forced these employers to offer health benefits to entice workers.

The Kaiser survey was conducted between January and May of this year and included 1,933 randomly selected employers that responded to the full telephone survey.