The Christmas Truce of 1914—When Peace Almost Had A Chance

A sudden cold snap had left the battlefield frozen, which was actually a relief for troops wallowing in sodden mire. Along the Front, troops extracted themselves from their trenches and dugouts, approaching each other warily, and then eagerly, across No Man’s Land. Greetings and handshakes were exchanged, as were gifts scavenged from care packages sent from home. German souvenirs that ordinarily would have been obtained only through bloodshed – such as spiked pickelhaube helmets, or Gott mit uns belt buckles – were bartered for similar British trinkets. Carols were sung in German, English, and French. A few photographs were taken of British and German officers standing alongside each other, unarmed, in No Man’s Land. 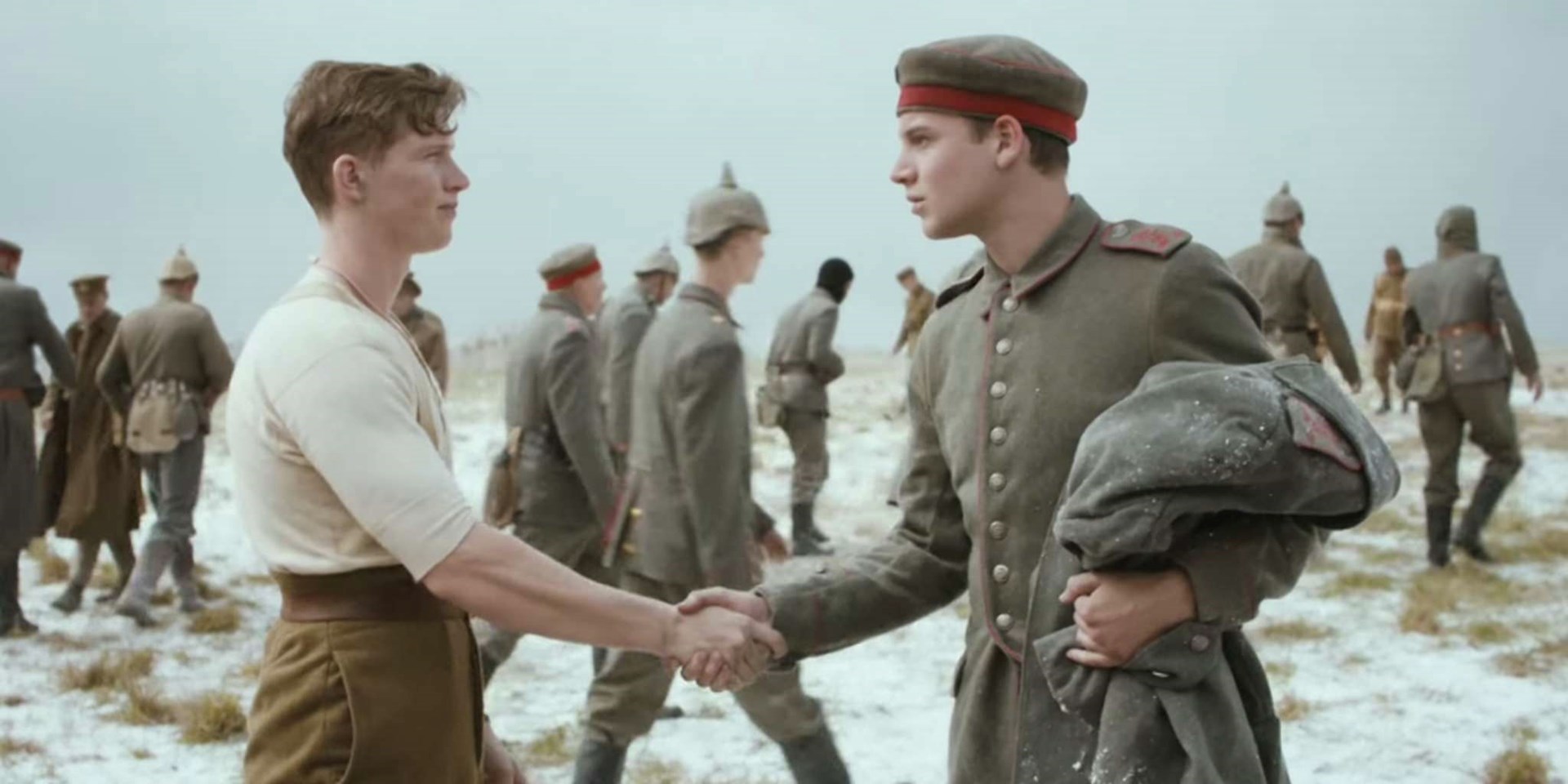