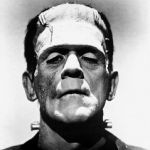 One week down.  Fifty-one more to go.  No doubt, this has been a wild start to the New Year.  We expect many more to follow.

For example, on Monday, Chinese investors overloaded the Shanghai Stock Exchange.  An abundance of traders hit the sell button in unison and nearly shorted out the sell side circuit.  By early afternoon the breakers had tripped to prevent a full market meltdown.  Here are the particulars, as reported by Bloomberg…

“The worst-ever start to a year for Chinese shares triggered a trading halt in more than $7 trillion of equities, futures and options, putting the nation’s new market circuit breakers to the test on their first day.

“Trading was halted at about 1:34 p.m. local time on Monday after the CSI 300 Index dropped 7 percent.  An earlier 15-minute suspension at the 5 percent level failed to stop the retreat, with shares extending losses as soon as the market re-opened.”

Data showing Chinese manufacturing contracted for a fifth straight month was cited as having prompting the mass selloff.  Yet then, wouldn’t you know it, on Thursday Chinese traders fried the system again.  Circuit breakers were triggered for the second time this week.  Trading was again halted for the rest of the day.

Reality and the Fed’s Portrayal of Reality

Here in the U.S. stocks tripped over themselves all week too.  From market open on Monday to close on Thursday, the DOW dropped 891 points.  By our back of the napkin calculation that comes out to a loss of over 5 percent.  Like in China, U.S. manufacturing data reported on Monday may – or may not – have had something to do with it.

“The U.S. economy’s manufacturing sector contracted further in December, according to an industry report released on Monday,” reported CNBC.  “The Institute for Supply Management (ISM) said its index of national factory activity fell to 48.2 from 48.6 the month before.”  An ISM reading below 50 indicates contraction.

Then, on Wednesday, the Commerce Department reported that both U.S. imports and exports ran aground.  Specifically, exports fell 0.9 percent and imports fell 1.7 percent.   What to make of it?

The popular theme for the economy portrayed by the Fed is that economic activity is expanding and that the economy is sound.  San Francisco Fed President John Williams thinks the economy currently has strong fundamentals and a really strong trajectory.  He anticipated there being three to five rate hikes this year.  Williams also forecasts 2.25 percent growth.

His counterpart, Cleveland Fed President Lorretta Mester, expects the U.S. economy will grow by 2.5 to 2.75 percent.  She also thinks we’re in “very good shape” because of “very aggressive monetary policy actions” that were taken.

The Muted Delight of the Forthcoming Recession

Perhaps weak manufacturing, construction, and trade data are mere outliers.  Maybe the Fed can see beyond the fog to clearly capture the big picture.  Or maybe the Fed has lost its marbles.  Their outlook doesn’t jive with that of the regular working stiff.  Nor does it mesh with the outlook of Deutsche Bank economists.

“Deutsche Bank economists on Tuesday reduced their forecast on U.S. economic growth in the fourth quarter of 2015 and first quarter of 2016 due to recent disappointing data on trade, construction spending and manufacturing activity.

“They said in a research note they pared their view on domestic gross product in the last three months of last year by 1 percentage point to 0.5 percent, which they added ‘still might be too high in light of what could be much larger inventory liquidation than what we have assumed.”’

Obviously, GDP can’t go much below 0.5 percent before it goes negative.  Hence, if 0.5 percent is too high, there’s a chance the U.S. economy is close to, or already in recession.

Of course, we won’t know for sure until after the fact.  Technically speaking, a recession requires two consecutive quarters of negative economic growth.  Thus the economy must be in recession for at least six months before it can be formally declared a recession.

One of the many delights in life is watching a public figure step up to the plate, pound their chest, let out a bellow, and fail spectacularly.  In this regard, we may be witnessing an epic fail by Fed Chair Janet Yellen.  For she may be hiking rates at the very moment the economy’s entering recession.

Unfortunately, in this instance, the delight is muted by the destruction being heaved upon the broad populace.