It’s official. More than 50% of the “wealth” effect created from the 2011 lows to the 2015 highs has been destroyed (despite the world’s central banks going into money-printing overdrive over that period). Almost $17 trillion of equity market capitalization has evaporated in just over 6 months with over 40 global stock indices in bear markets… 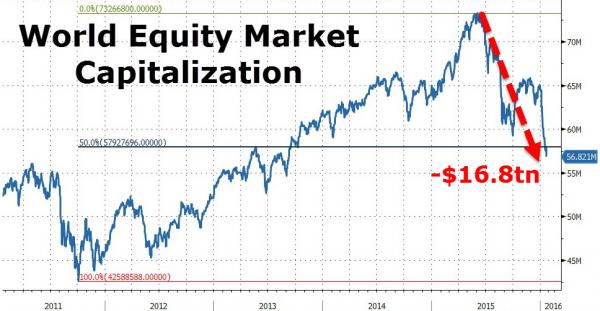 The U.K. was the latest market to fall 20 percent from its peak, while India is less than 1 percent away from crossing the threshold that traders describe as the onset of bear market. Nineteen countries with $30 trillion have declined between 10 percent and 20 percent, thereby entering a so-called correction, according to data compiled by Bloomberg from the 63 biggest markets on Wednesday. 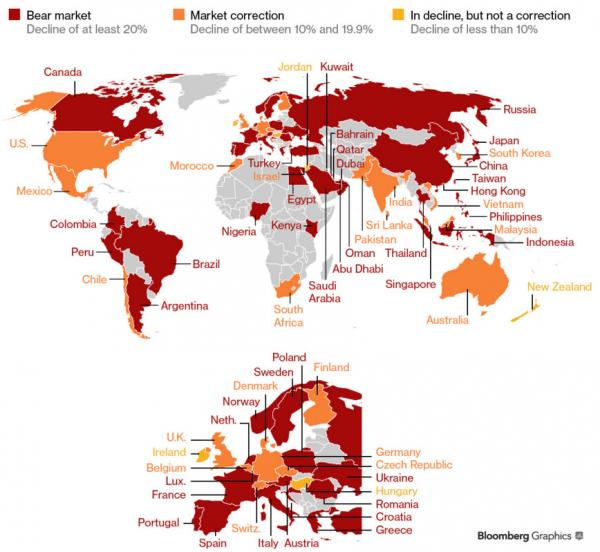 Emerging nations bore the brunt of the meltdown, accounting for two out of every three bear markets. Slowing Chinese growth, the 24 percent slump in oil this year and currency volatility have driven developing-nation stocks to the worst start to a year on record.

Among equity indexes that are on the cusp of entering bear territory are Australia, India and the Czech Republic, each having fallen about 19 percent from their rally highs. New Zealand and Hungary are putting up the best resistance to the turmoil, limiting their losses to less than 7 percent.

So just before you (Jim Cramer et al.) demand the central banks do more, just remember what reality looks like – will you use any centrally-planned rally to buy moar or sell into as the smoke and mirrors of yet another bubble is exposed with the business cycle inevitably beating the rigging… 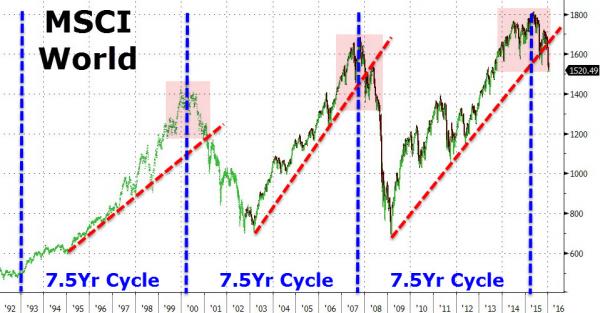 Source: The Fragile Forty & How The World Lost $17 Trillion in 6 Months – ZeroHedge