The Long, Cold Economic Winter Ahead 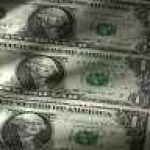 Cold winds of deflation gust across the autumn economic landscape.  Global trade languishes and commodities rust away like abandoned scrap metal with a visible dusting of frost.  The economic optimism that embellished markets heading into 2015 have cooled as the year moves through its final stretch.

If you recall, the popular storyline since late last year has been that the U.S. economy is moderately improving while the world’s other major economies – Japan, China, and Europe – are rolling over.  The U.S. economy would power through.  Moreover, stock prices had achieved a permanently high plateau.

But somewhere between collapsing oil prices, dollar strength, and consumer lethargy the economy’s narrative has drifted off plot.  The theme has transitioned from one of renewed growth and recovery to one of recurring sickness and stagnation.  Mass malinvestments in U.S. shale oil, Brazilian mines, and Chinese factories and real estate must be reckoned.

Price adjustments, bankruptcies, and debt restructuring must be painfully worked through like a strawberry picker hunkered over a seemingly endless furrow row of over ripening fruits.  Sore backs, burnt necks, and tender fingers are what the over-all economy has in front of it.  The U.S. economy is not immune to the global disorder after all.

More evidence is revealed each week that the unexpected is happening.  Instead of economic strength and robust growth, economic fundamentals are breaking down.  Manufacturing is slowing.  Consumer spending is soft.  For additional edification, let’s turn to Dr. Copper…

The Void of Worldwide Non-Activity

Dr. Copper – the metal with a PhD in economics – is always the first to know which way the economy will go.  Copper’s broad use in industry and many different sectors of the economy, ranging from infrastructure to housing and consumer electronics, makes it a good early indicator of economic activity.

“Copper plunged to the lowest intraday price since May 2009 on concern Chinese demand is slowing and as the dollar traded near its strongest level in more than a decade,” reported Bloomberg earlier this week.  “Lead touched the lowest since 2010, while all industrial metals retreated.

“The metal used in power cables and wiring lost as much as 2.1 percent to $4,590 a metric ton on the London Metal Exchange before trading at $4,654 by 4:51 p.m. in Singapore, while futures slumped as much as 4.3 percent in Shanghai.  Codelco, the largest producer, has cut the premium it will charge buyers in China next year by the most since the global financial crisis, while Arc Resources Co. predicts a 10 percent drop in refined imports by the biggest consumer in 2016.”

No doubt, marking price levels last seen during the depths of the Great Recession would not be happening if the economy was strengthening.  If demand was robust industrial metals prices would be going up.  Instead, they continue their slide into the void of worldwide non-activity.  Stocks may soon follow…

The Long, Cold Winter Ahead

The last time copper prices were this low, in May 2009, stocks were also much lower.  Yet, today, they’re at extremely lofty prices.  The DOW’s currently over 17,500.  Back then, the DOW was less than half that…it ranged in the low 8,000s.

In other words, stocks are still up while the economy is slowing down.  Perhaps the economy is taking a brief pause before roaring back to life.  Most likely it’s hunkering down for the long, cold winter ahead.

Financialization, namely massive amounts of leverage, has made the disconnect between the stock market and the economy extend wider and longer than ever before.  Maybe another speculative melt up is ahead.  Who knows?  Maybe DOW 20,000 or 30,000 is in the cards.

After a six year bull market, accompanied by a lackluster recovery, stocks could return to prior levels that were in line with present commodity prices.  Remember, just several years ago, DOW 8,000 matched up with current copper prices.  Soon it likely will again.

Return from The Long, Cold Winter Ahead to Economic Prism