The Mouths Of Madness—-The Grand Delusions of Central Bankers

Never before has the Bank of Japan done so much to achieve so little. Even after arranging a record stimulus program and reducing a key interest rate to less than zero, Bloomberg reports that the central bank has failed to boost inflation to its goal of 2 percent. Stocks are trading lower than when Governor Haruhiko Kuroda expanded his package of asset purchases in 2014. Exports are declining. One measure of bank lending is at a 14-year high, though loan growth is slowing compared with a year ago. While most sovereign bond yields have turned negative, corporate borrowing costs are lagging behind.

And as Bloomberg reports, the following four charts show where the BOJ is succeeding and failing:

CHART 1: While the central bank has succeeded in its aim of pushing down government bond yields, the declines in corporate borrowing costs are starting to run out of steam. 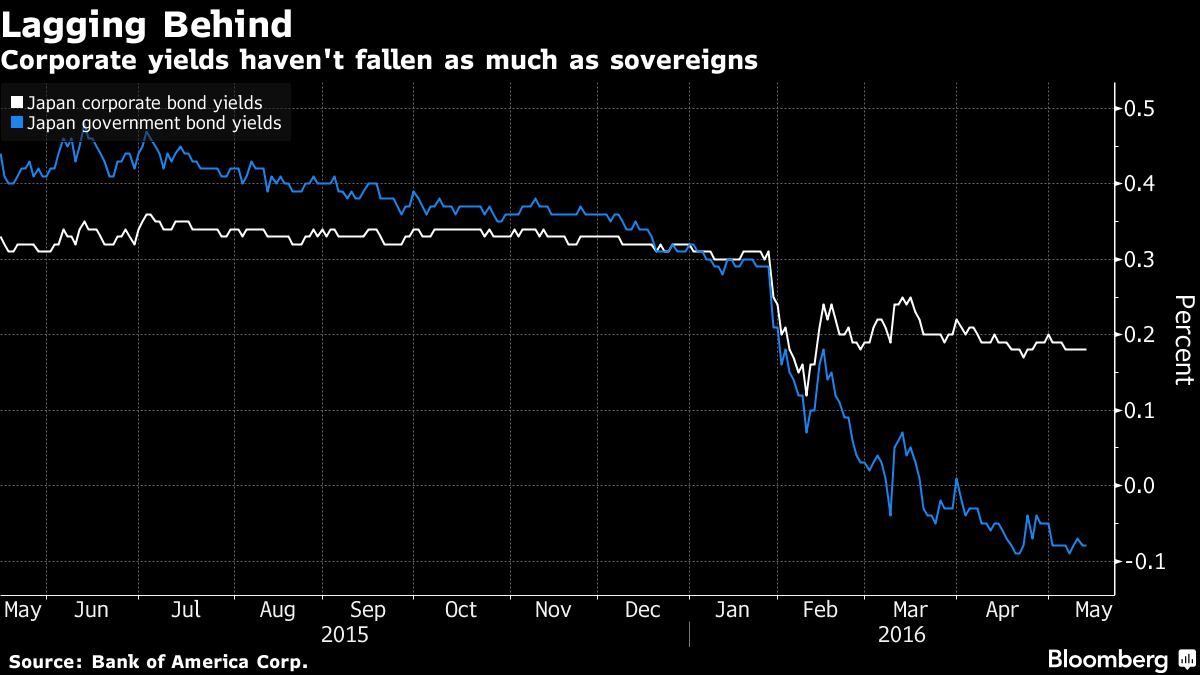 CHART 2: The BOJ is falling short of its 2 percent inflation goal, by measures that include and exclude energy costs. Inflation swaps also show investors expect consumer price increases to hold close to zero for the next decade. 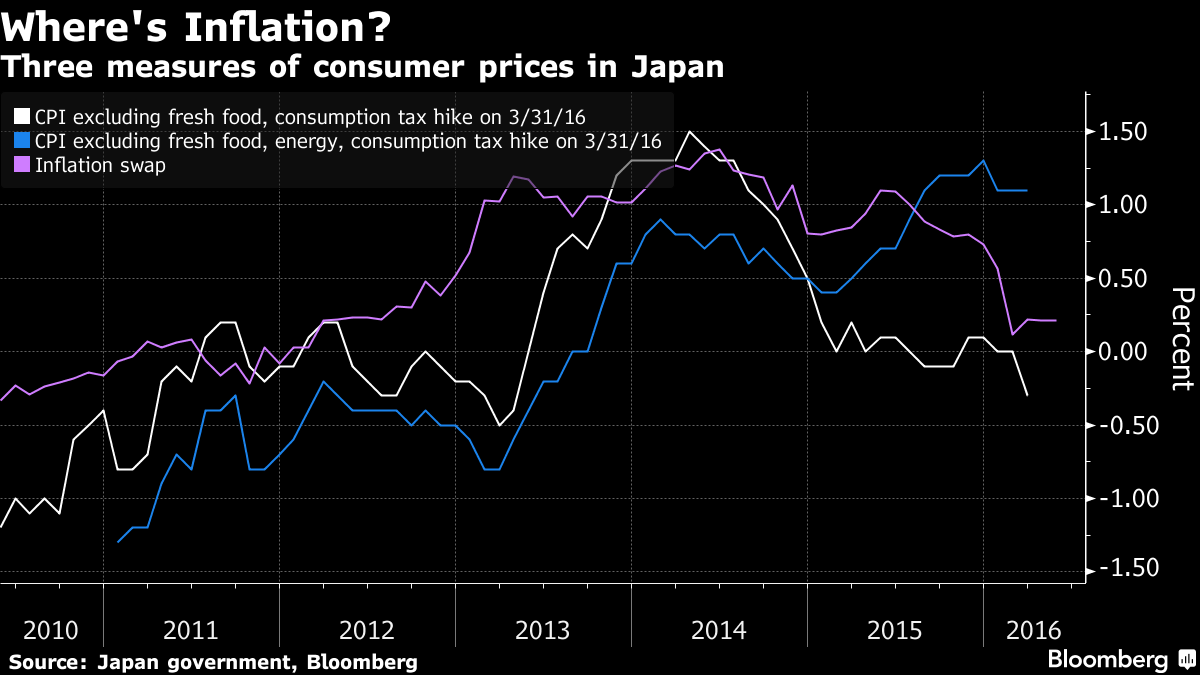 CHART 3: Kuroda said his policies should underpin stocks and weaken the yen. The opposite is happening. 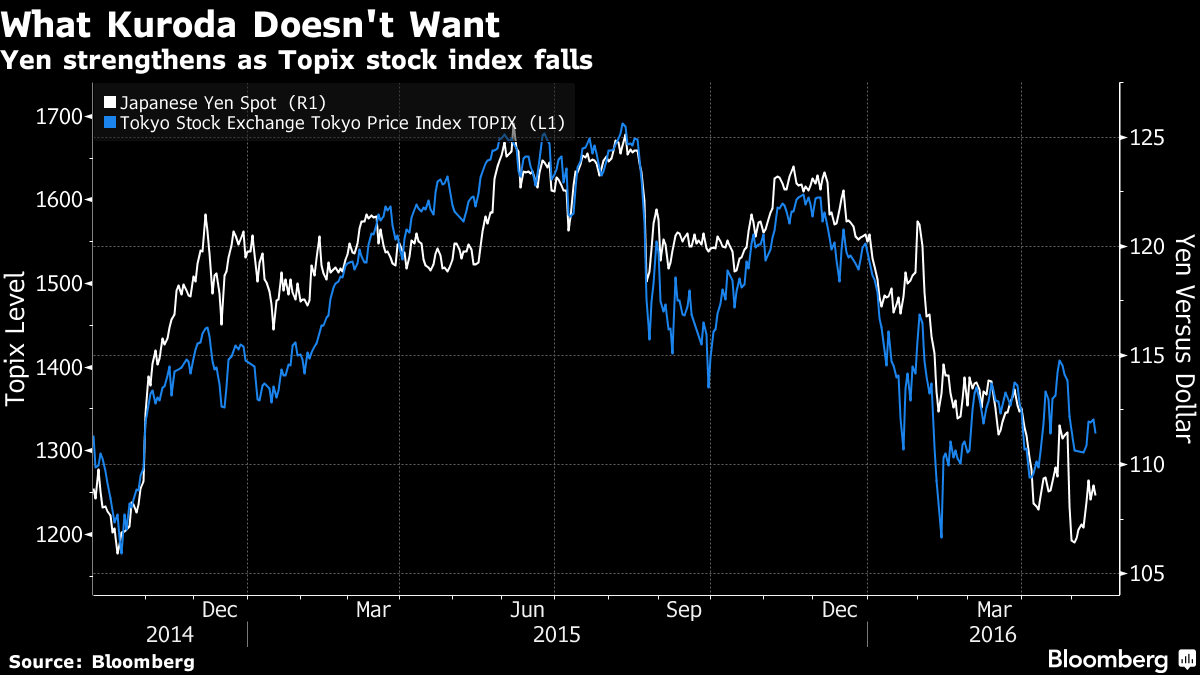 CHART 4: Two key metrics on the health of the economy are headed south. 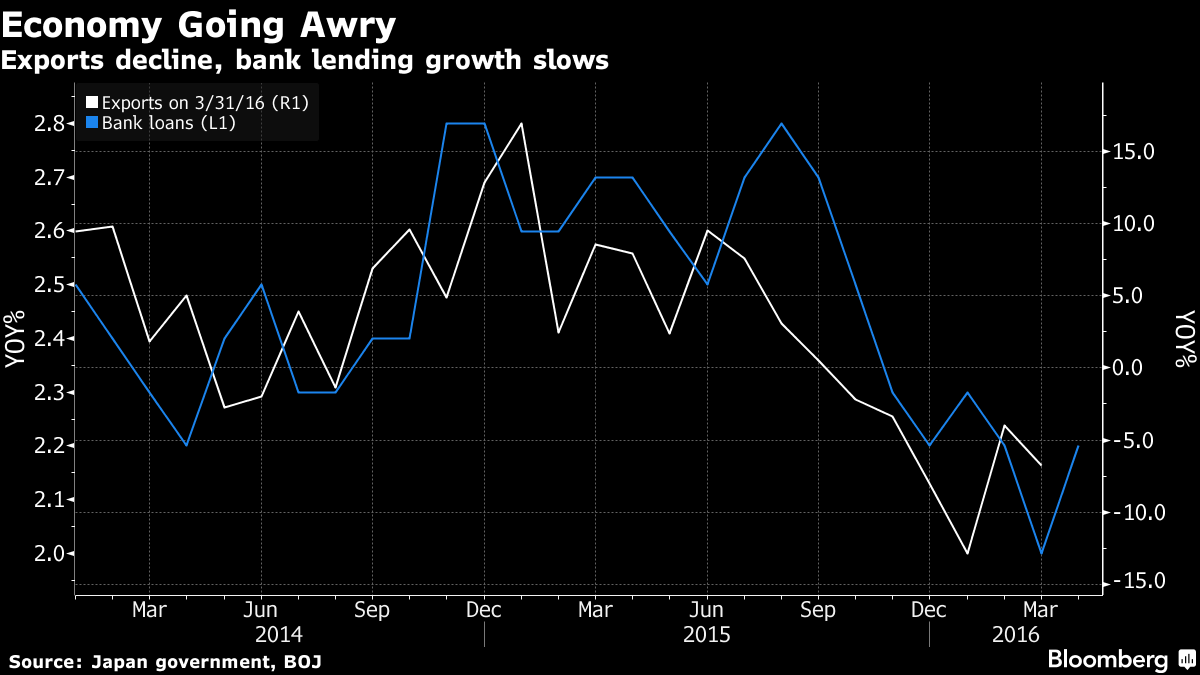 But, as Acting-Man.com’s Pater Tenebrarum writes, the delusion of central bankers has never been greater…

We recently reported on an interview given by Lithuanian ECB council member Vitas Vasiliauskas, which demonstrates how utterly deluded the central planners in the so-called “capitalist” economies of the West have become. His statements are nothing short of bizarre (“we are magic guys!”) – although he is of course correct when he states that a central bank can never “run out of ammunition”.

The mental state of BoJ governor Haruhiko Kuroda may be even more precarious though. As Marketwatch reports, he recently gave an interview to German financial newspaper Börsen-Zeitung, in which he inter alia threatened even more BoJ intervention:

This is per se not surprising, although one wonders what Kuroda thinks can possibly be achieved by upping the ante on this: 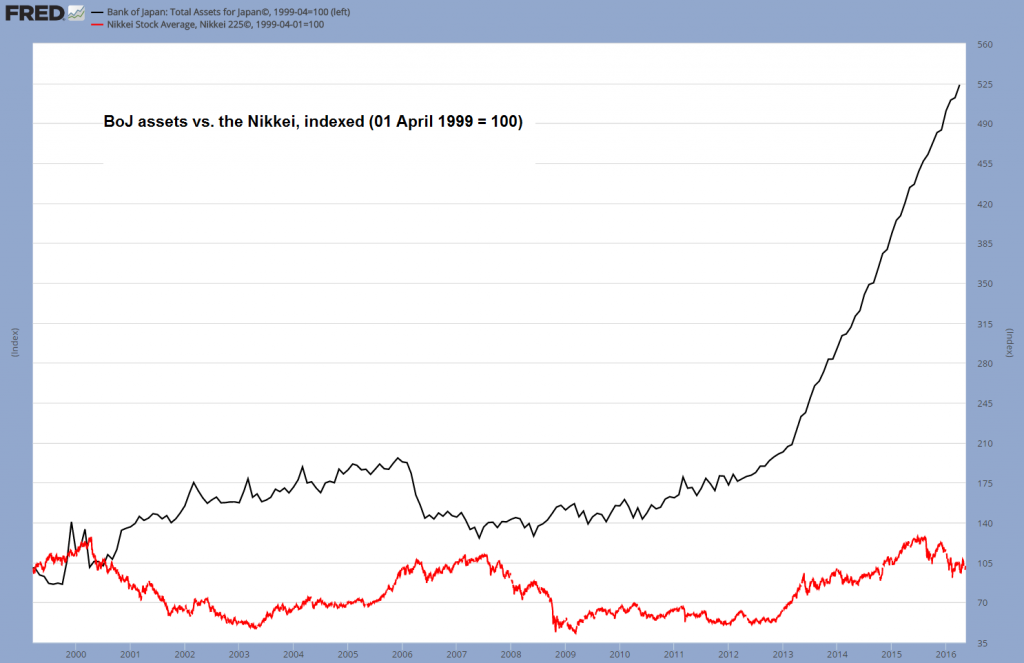 We have added the Nikkei Index to the chart of BoJ assets above because inflating stock prices is one of the central bank’s declared goals – its stake in ETFs listed on the Tokyo Stock Exchange has in the meantime exploded to more than 50% (which we believe is eventually going to create a socialist calculation-type problem).

The results of this mad-cap buying spree are decidedly underwhelming so far. Although the pockets of central banks are of unlimited depth, this is also no big surprise, as central bankers are probably the worst traders in the world.

However, it gets absolutely hilarious when Kuroda utters the next sentence. He’s not only patting himself on the back for the “achievements” of his policies to date, but offering an economic forecast as well (better put down the coffee):

Mr. Kuroda said the effects of quantitative and qualitative easing, or QQE, along with a negative interest rate are “already very clear” in financial markets, but “we have to wait a few months to see the effects in the real economy,” Börsen-Zeitung reported.

What is “clear” in the financial markets is inter alia that the Nikkei remains down approximately 60% from its peak of 1989 (!) in nominal terms and is down nearly 21% from its most recent interim peak.

The Japanese government bond market meanwhile has basically died. As the BoJ keeps buying up every bond in sight, liquidity in the market has dried up completely – there is no longer a normal price discovery mechanism at work. As Bloomberg reported in March, “Japan’s bond market is close to breaking point”. Amid exploding bond volatility and the repo market plunging into negative interest territory as well, one observer remarked:

“How can the BOJ head for the exit?” Dan Fuss, vice chairman of Loomis Sayles & Co., said at an event in Tokyo last week. “If they open the exit door, there’s a fire on the other side.” 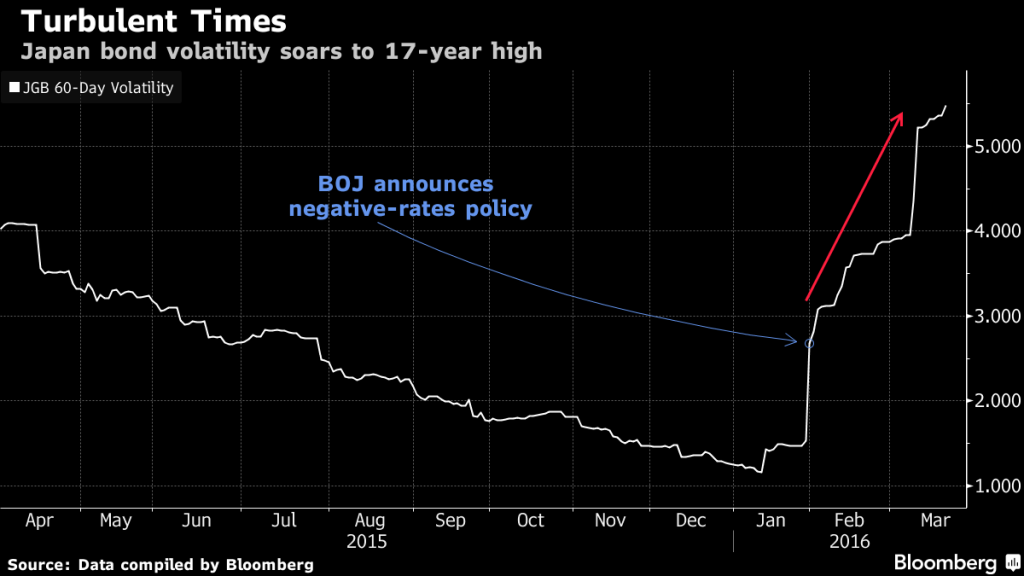 Obviously, it is a great time to “do even more”!

But Kuroda’s remark that “we have to wait a few months to see the effects in the real economy” really takes the cake. What planet is this man living on? Dude, we have been waiting for 26 years! The BoJ is reportedly on its 11th iteration of QE over the past two decades (it depends a bit on how one counts the programs). Maybe Kuroda-san shouldn’t have eaten that mushroom soup.

Along the way, every Keynesian and monetarist shibboleth in the book has been implemented in spades. This has leftJapan with the biggest debtberg the world has ever seen – with absolutely nothing to show for it. The following chart of its public debt compared to nominal GDP illustrates the point.

Japan’s government debt compared to nominal GDP – what happened to the Keynesian “multiplier”? – click to enlarge.

The size of Japan’s public debt is scary all by itself – if one adds the country’s private debt to that, one is looking at a trulymonstrous mountain of debt, which by now exceeds 600% of GDP. As John Mauldin has once put it: Japan is a bug waiting for a wind shield.

It seems Kuroda actually believes what he said back in June of last year:

“I trust that many of you are familiar with the story of Peter Pan, in which it says, ‘the moment you doubt whether you can fly, you cease forever to be able to do it’. Yes, what we need is a positive attitude and conviction.”

Icarus may be providing the more apt metaphor. 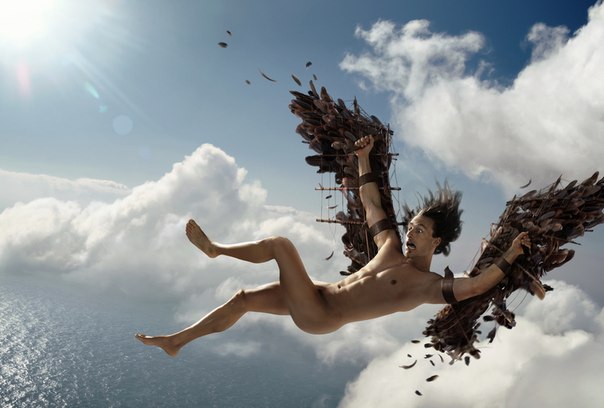 “Japan might be starting to run out of road a bit on the monetary policy front,” said Andrew Colquhoun, the head of sovereign rankings for the region at Fitch in Hong Kong. That “would tend to undercut one of the sources of support that the sovereign ratings have had.”

Source: The Mouths of Madness – The Grand Delusion of Central Banks – ZeroHedge