Submitted by William Reynolds via Medium.com,

Something that has gone unnoticed in all the talk about the investigation into Hillary Clinton’s e-mails is the content of the original leak that started the entire investigation to begin with. In March of 2013, a Romanian hacker calling himself Guccifer hacked into the AOL account of Sidney Blumenthal and leaked to Russia Today four e-mails containing intelligence on Libya that Blumenthal sent to Hillary Clinton.

For those who haven’t been following this story, Sidney Blumenthal is a long time friend and adviser of the Clinton family who in an unofficial capacity sent many “intelligence memos” to Hillary Clinton during her tenure as Secretary of State. Originally displayed on RT.com in Comic Sans font on a pink background with the letter “G” clumsily drawn as a watermark, no one took these leaked e-mails particularly seriously when they came out in 2013. Now, however, we can cross reference this leak with the e-mails the State Department released to the public.

The first three e-mails in the Russia Today leak from Blumenthal to Clinton all appear word for word in the State Department release. The first e-mail Clinton asks to have printed and she also forwards it to her deputy chief of staff, Jake Sullivan. The second e-mailClinton describes as “useful insight” and forwards it to Jake Sullivan asking him to circulate it. The third e-mail is also forwarded to Jake Sullivan. The fourth e-mail is missing from the State Department record completely.

This missing e-mail from February 16, 2013 only exists in the original leak and states that French and Libyan intelligence agencies had evidence that the In Amenas and Benghazi attacks were funded by “Sunni Islamists in Saudi Arabia.” This seems like a rather outlandish claim on the surface, and as such was only reported by conspiracy types and fringe media outlets. Now, however, we have proof that the other three e-mails in the leak were real correspondence from Blumenthal to Clinton that she not only read, but thought highly enough of to send around to others in the State Department. Guccifer speaks English as a second language and most of his writing consists of rambling conspiracies, it’s unlikely he would be able to craft such a convincing fake intelligence briefing. This means we have an e-mail from a trusted Clinton adviser that claims the Saudis funded the Benghazi attack, and not only was this not followed up on, but there is not any record of this e-mail ever existing except for the Russia Today leak.

Why is this e-mail missing? At first I assumed it must be due to some sort of cover up, but it’s much simpler than that. The e-mail in question was sent after February 1st, 2013, when John Kerry took over as Secretary of State, so it was not part of the time period being investigated. No one is trying to find a copy of this e-mail. Since Clinton wasn’t Secretary of State on February 16th, it wasn’t her job to follow up on it.

So let’s forget for a minute about the larger legal implications of the e-mail investigation. How can it be that such a revelation about Saudi Arabia was made public in a leak that turned out to be real and no one looked into it? Clearly Sidney Blumenthal was someone that Hillary Clinton trusted. Two months earlier, Secretary Clinton found his insights valuable enough to share with the entire State Department. But two weeks after her job as Secretary of State ends, she receives an e-mail from him claiming Saudi Arabia financed the assassination of an American ambassador and apparently did nothing with this information. Even if she didn’t have to turn over this e-mail to the commission investigating the Benghazi attacks, wouldn’t it be relevant? Shouldn’t this be information she volunteers? And why didn’t the Republicans who were supposedly so concerned about the Benghazi attacks ask any questions about Saudi involvement?

Did Secretary Clinton not tell anyone what she knew about alleged Saudi involvement in the attacks because she didn’t want to endanger the millions of dollars of Saudi donations coming in to the Clinton Foundation? These are exactly the kind of conflicts that ethical standards are designed to prevent.

Another E-Mail Turns Up Missing 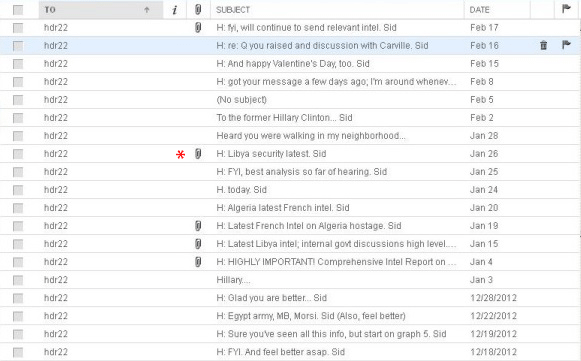 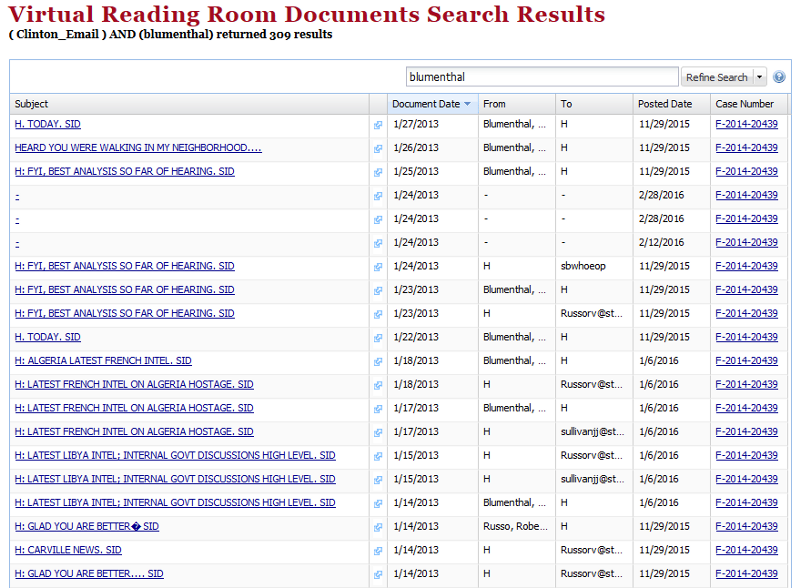 This missing e-mail is certainly something that would have been requested as part of the investigation as it was sent before February 1st and clearly relates to Libya. The fact that it is missing suggests one of two possibilities:

In either of these scenarios, Clinton and her close associates are in violation of federal law. In the most generous interpretation where this e-mail is simply a collection of rumors that Blumenthal heard and forwarded unsolicited to Clinton, it would make no sense for it to be missing. It would not be classified if it was a bunch of hot air, and it certainly wouldn’t be deleted by both Blumenthal and Clinton at the risk of committing a felony. In the least generous interpretation of these facts, Sidney Blumenthal and Hillary Clinton conspired to cover up an ally of the United States funding the assassination of one of our diplomats in Libya.

Why A Grand Jury Is Likely Already Convened

After the final e-mails were released by the State Department on February 29th, it has been reported in the last week that:

This scandal has the potential to completely derail the Clinton campaign in the general election. If Hillary Clinton really cares about the future of this country and the Democratic party, she will step down now while there is still time to nominate another candidate. This is not a right wing conspiracy, it is a failure by one of our highest government officials to uphold the laws that preserve government transparency and national security. It’s time for us to ask Secretary Clinton to tell us the truth and do the right thing. If the United States government is really preparing a case against Hillary Clinton, we can’t wait until it’s too late.