The Second Tech Bubble Has Burst, And Here Come The Mass Layoffs

Over the past year we have diligently followed the bursting of the second tech bubble which in the space of less than one year went from the “running of the bulls” to the “mauling of the unicorns”, mostly in the private markets but also – for those rare few who have made it beyond the IPO stage – in the public arena. 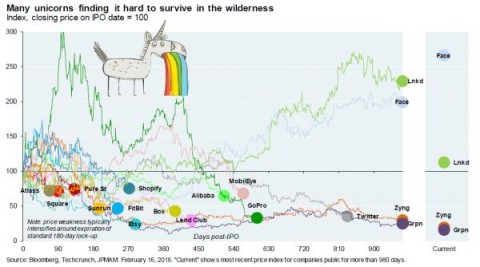 In the last few months, this painful reality finally hit ground zero – Silicon Valley itself, as best described in “The Mood In Silicon Valley Is Like The “Moment After The Titanic Hit An Iceberg.” As the Wall Street Journal summarized it:

Some companies are raising funding by selling shares at lower prices than they had in earlier rounds. Such “down rounds” can hurt a startup’s chances at recruiting and discourage employees who are often paid with stock options…. These changes are eroding the idea that drives Silicon Valley’s economy: Work hard, secure venture capital and get rich. With valuations falling, the other side of the equation is reappearing: Failure is often just around the corner.

In this case failure means much more than just a few billionaires and VCs resetting their bubble-level valuation marks back to reality: it means that for millions of ordinary Americans who jumped on the second tech bubble bandwagon, the hangover from the party of the last few years is just around the corner.

As TechCrunch confirms, “a handful of job placement executives confirms what recent headlines about layoffs already imply: The market is softening for numerous sectors of the startup world, as well as at publicly traded tech companies.”

This means that it is not only the energy/shale sector where well-paid workers (according to Credit Suisse estimates as much as 250,000) are getting wholesale pink slips: the even better-paid West Coast tech sector is next.

Numbers from California’s Employment Development Department illustrate part of the story. In October, for example, the Bay Area accounted for 40 percent of all job growth in California, even though it represents less than 20 percent of the state’s population.

Data in December only hints at a shift, with the overall number of employed Californians down just 10,000 from November, according to the same state agency. Still, recruiters largely believe the situation is starting to change, particularly for certain jobs.

“I think what we’re seeing is bigger than a small correction,” says Paul Gomory, an executive recruiter who’s been placing C-level professionals for more than 30 years and seen his share of cycles. “Everyone thinks it will be different this time, but it never is.”

This means that the BLS will be busy coming up with even more ridiculous seasonal adjustments to mask not only the collapsing jobs in the shale sector, but also those resulting from the bursting of the “Zerocorn bubble.” For those wondering why, the answer is simple: the money finally dried up:

Teri McFadden, VP of recruiting at Norwest Venture Partners, believes a slowing funding environment is largely to blame. “I think companies that had planned to grow through acquisitions don’t have the war chest they thought they would,” she says; it’s leaving those professionals with a lot less to do.

There is another problem: as layoffs begin, those workers used to pocketing massive bubble-induced paychecks suddenly taste the bitter reality of real-world wages :

The problem, he says, is, “Where are these people going to go that offers the same level of compensation?” Public company employees don’t have it so great right now, Lonergan acknowledges. In addition to plummeting share prices, pay packages at tech companies are shrinking — by a somewhat surprising 20 to 25 percent from early 2015, he says.

Especially, since, as Mark Lonegran, founder of his own, 14-year-old, Redwood City, Ca.-based executive search firm, says “with private valuations falling more quickly than public ones, it’s just hard to see where these companies are going.”

In short, the labor pain, whether in the form of lower pay or simply pink slips, is coming for everyone in the tech space, workers in both public and private firms.

In fact, as the chart below shows, for many it already has. 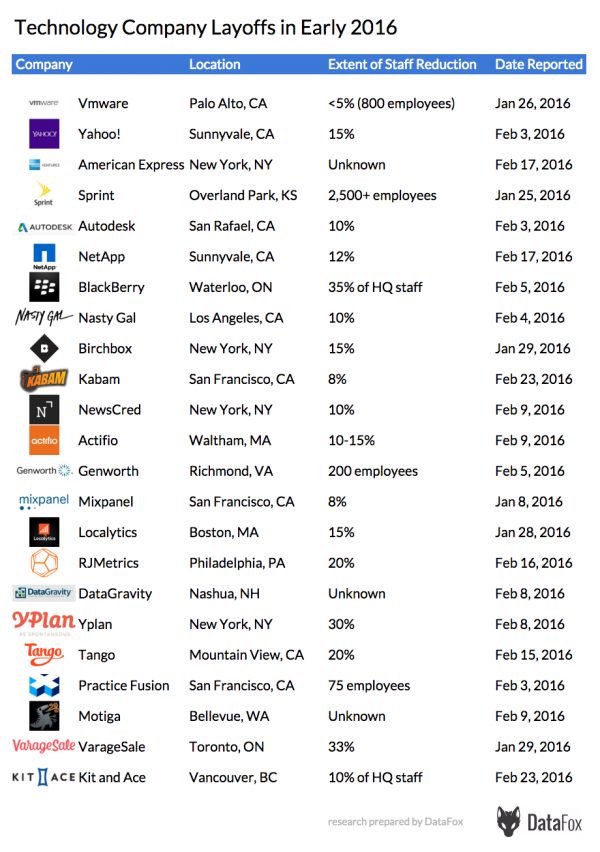