By Takashi Nakamichi at The Wall Street Journal

Bank of Japan Gov. Haruhiko Kuroda, who announced the nation’s first move into minus rates three weeks ago, found himself dodging a concerted attack in Parliament from lawmakers who charged the policy was victimizing consumers and sending a message of despair.

Even a ruling-party member, Masahiro Ishida, called the policy hard to grasp. “It could have the opposite effect of confusing the market,” he said.

The Bank of Japan’s monetary easing program worked early on. But now, many say Governor Haruhiko Kuroda has run out of ammunition as the yen continues to rise and the Nikkei tumbles. Photo: Getty Images

The criticism has come as a surprise to central-bank officials who thought their efforts to spark lending and faster economic growth would gain more public support. “Those who understand this policy are criticizing us, and those who do not are also criticizing us,” said one official this week.

It is a symptom of a global problem. The more central banks move into unconventional policies, the harder it becomes to get their message across. That is a particular problem when the policies are supposed to work in part by inspiring confidence.

It also highlights an open question about negative rates: Commercial banks, for the most part, haven’t started charging depositors to hold their cash, despite increasing pressure on margins. But what happens if they do?

Under new rules that took effect Tuesday, the Bank of Japan started imposing an interest rate of minus-0.1% on some deposits it holds for commercial banks, meaning the banks have to pay to store their money.

The goal was to bring down interest rates generally, including long-term rates charged for home loans. The move followed years of attempts to defeat deflation and stimulate moribund spending, including by pumping ¥80 trillion ($701 billion) of cash annually into the economy with purchases of government bonds.

The immediate impact was muted as global markets swooned and the yen, seen as a haven in times of trouble, rose against the dollar, threatening the profits of Japanese exporters.

This week, markets have stabilized, but the central bank is struggling with a different and equally hard-to-control force: public opinion.

Although negative interest rates have existed for some time in Europe, the idea was unfamiliar to most Japanese when it burst onto the front pages late last month. Initial accounts focused on what could happen to bank deposit rates. That is a sensitive issue in a society where wages have barely risen since the 1990s and where one in three citizens receives pension income.

“Deposit one million yen and earn annual interest of ¥10,” said the headline of an online article Tuesday by Japan’s biggest daily newspaper, the Yomiuri Shimbun, telling savers with nearly $10,000 in the bank that they could expect less than a dime in interest. 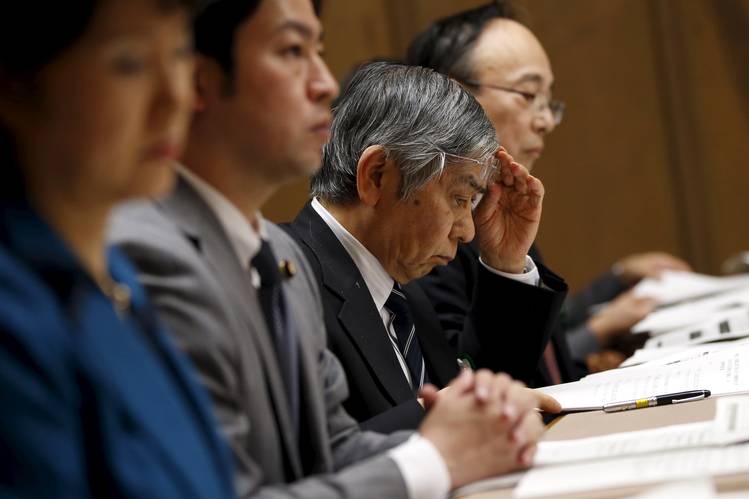 In Parliament on Thursday, opposition lawmaker Shinkun Haku squared off with the Bank of Japan’s Gov. Kuroda on whether commercial banks would effectively introduce negative rates by hitting consumers with fees in excess of the tiny amount of interest paid.

“Can you deny that banks will put an additional burden on average depositors?” Mr. Haku said. “If you can’t deny it, don’t. It’s a yes or no.”

Mr. Kuroda said he didn’t want to speculate about fees, but “there’s no chance that deposit interest rates will turn negative.”

One small Swiss bank charges minus-0.125% on deposits.

Mr. Kuroda’s responses merely inspired further attacks from the opposition, which has been looking with little success for an issue with which to dent Prime Minister Shinzo Abe’s popularity.

Opposition lawmaker Motoyuki Odachi accused Mr. Kuroda of sounding like a World War II propaganda broadcast, and a Communist Party lawmaker, Akira Koike, said negative interest rates were bad public relations. “You have sent a message to the people that they had better watch out because Japan’s economy is in trouble,” Mr. Koike said. 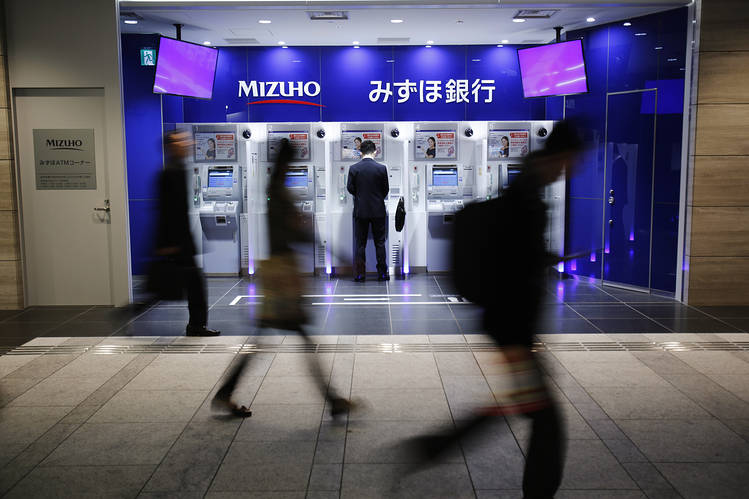 Bank deposit rates are a sensitive issue in Japan, where one in three citizens receives pension income. PHOTO:YUYA SHINO/REUTERS

From the Bank of Japan’s perspective, consumers are losing almost nothing because bank accounts have paid barely any interest for years, and some people could gain by getting a cheaper loan to buy a house or car. That angle, officials say, has been underreported.

Some analysts said Mr. Kuroda’s favorite tactic of surprising financial markets may have backfired. There had been little public discussion of negative interest rates before the decision, in part because Mr. Kuroda repeatedly told Parliament that he wasn’t considering the idea.

His sudden reversal left politicians ill-equipped to explain the move. Economy Minister Nobuteru Ishihara, asked about it this week, said, “I’d like you to give me a little more time for analysis.”

Izuru Kato, chief economist at market-research firm Totan Research Co., said the commotion was unlikely to last long. Germans showed a similar reaction in 2014 when the European Central Bank adopted a negative-rate policy but regained their composure once it became clear that their bank deposits wouldn’t fall in value, at least in nominal terms, he said.

Still, Mr. Kato said the Bank of Japan should have expected a backlash. He said it was natural for consumers, particularly pensioners, to become anxious in the face of a monetary policy they had never heard of.