These Charts Show The Truth About Bernanke’s Abject Failure

In November 2010, Ben Bernanke wrote the following words in the Washington Post in seeking to justify his decision to renew Quantitative Easing. He started by giving credit to the first round of QE for spurring the initial recovery. It was as if the US economy had never recovered from recessions before without some kind of Herculean money printing scheme. Then he built his case for more QE on the following.

This was Bernanke’s way of enunciating Trickle Down Theory. Print till the cows come home; stock prices will rise, and everybody will get rich, grow more confident and spend like mad, and businesses would invest more to meet demand in a “virtuous circle!”

We know that QE worked all too well to inflate stock prices. But what about Bernanke’s other promises?

One of the two key tenets in the statement was that QE would raise stock prices, which would ultimately lead to economic expansion. The second was that low corporate bond rates would lead to increased business investment in plant and equipment. Supposedly QE would spur that. How did that work out? 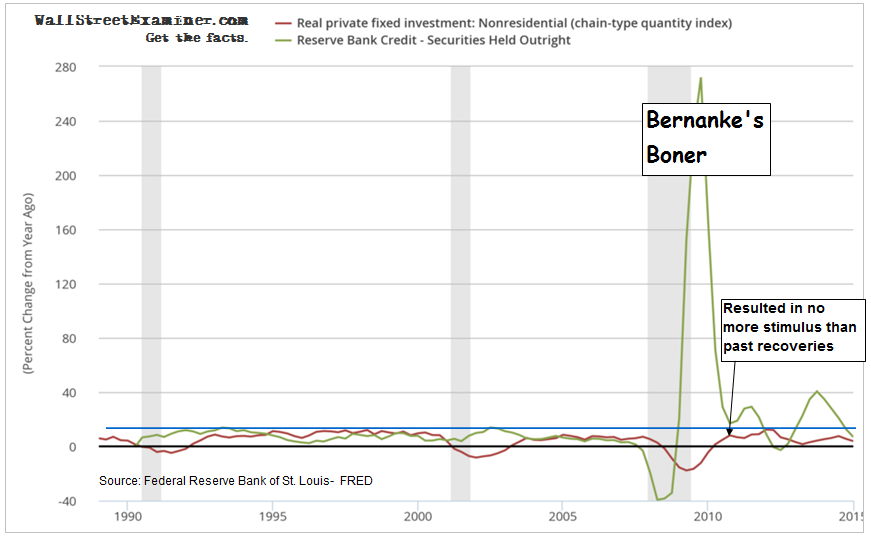 Bernanke’s massive QE didn’t stimulate fixed nonresidential investment. Fixed investment under QE persistently grew at a rate below that of past expansions. It grew faster in the past even though there was no extraordinary monetary policy. The only time in the current “recovery” when investment grew at a rate similar to the past was when investment that had been slashed in the crash was subsequently restored in the rebound. This restoration rebound peaked in the second quarter of 2012. Ironically or not, QE was then in the pause between QE2 and QE3.

In fact, with the exception of that brief bungee rebound in 2012, the growth rate of non-residential fixed investment has been the worst of any recovery in modern history. In promoting his book, The Courage to Print, Bernanke has taken credit for the recovery. But he conveniently fails to take responsibility for how rotten a recovery it has been.

Bernanke claimed that QE would make housing more affordable. In fact, it has had the opposite effect, rekindling housing inflation while wages and salaries stagnated. As a result of housing prices being 29% higher now than in 2010 when Bernanke started QE2, fewer Americans can now afford to buy homes. Mortgage rates have not fallen enough since 2010 to compensate for the rise in house prices. 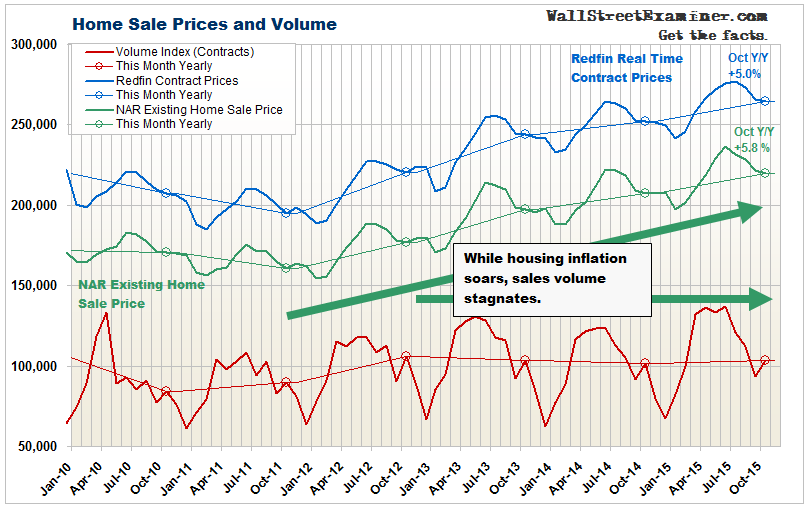 Greater affordability was supposed to result in a rebound in new home sales, development and construction. That hasn’t happened either. New home sales are far below what they were under the normal mortgage rate regimes of the past. But new house prices have soared. Raging price inflation has made new houses less affordable for more people, suppressing sales. That is exactly the opposite of what Bernanke implied would happen. Sales today, with mortgage rates near 3%, are little better than they were in 1983 when mortgage rates were near 16%. So much for low mortgage rates stimulating sales. 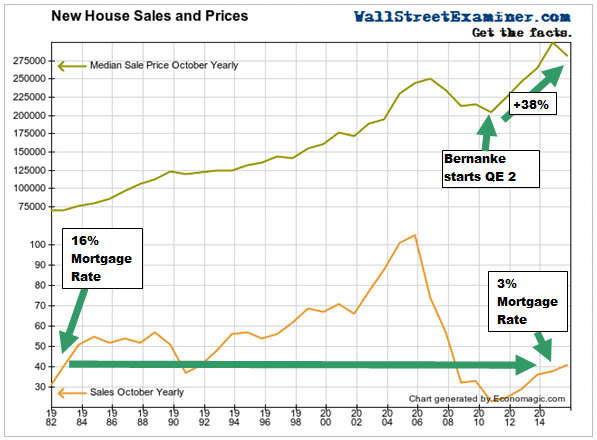 In fact, cheap credit has made it possible for builders to make more money by selling fewer houses. Just make them bigger and more expensive, sit on the inventory at no cost until the houses sell, and make more profit than selling large numbers of smaller, affordable cookie cutter houses. So that’s what builders do. 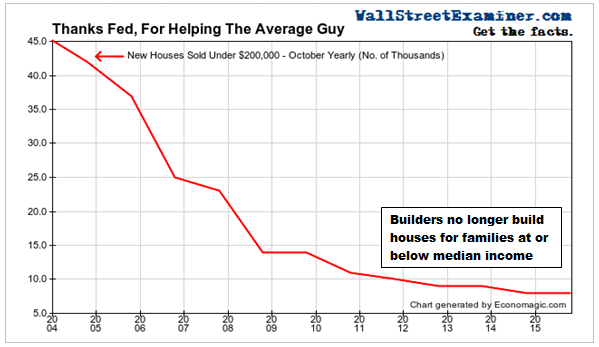 Bernanke said that more people could refinance due to the low mortgage rates that QE would foster. That’s only true to the extent that borrowers’ equity has recovered to a point that would allow them to refinance. The implication was that those borrowers would spend the savings and boost retail sales. While many owners have seen their equity recover, it hasn’t helped retail sales.

In the 2 years after the Fed started QE2 and Bernanke wrote his Washington Post justification for it, the growth rate of real retail sales persistently declined. It has stabilized since early 2013, but at a moribund pace. Bernanke’s promised increase in refinancing has not contributed to any growth in retail sales in spite of the persistence of historically low mortgage rates. Real retail sales growth actually peaked in the bungee rebound from the recession just as Bernanke was announcing QE2. The renewal of QE failed to boost the growth rate from that point on. 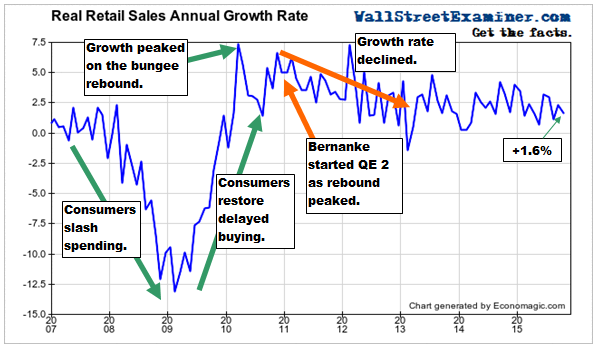 So while Ben Bernanke pats himself on the back for the “recovery” and his acolytes in the Wall Street captured media sing his praises, these charts show that his policies not only failed, but appear to have been counterproductive. QE not only did not deliver what was promised but actually made the economy worse and life more difficult for many Americans, especially retirees counting on interest income from their life savings to help maintain their standard of living. Instead, they have been forced to liquidate their savings.

Bernanke’s policy was a fraud based on a fantasy. First of all, it didn’t work. But it also rewarded the few who least deserved to be rewarded–the bankers, speculators, and corporate executive stock option grantees. And it punished those who least deserved to be punished. It broke the moral compass of economic policy (if there ever was such a thing), rewarding speculation and sociopathic easy money schemes, while punishing thrift and hard work by devaluing labor and savings. Society descends into cultural and moral nihilism on the basis of such judgments and failures of leadership. From that, there is no recovery, economic or otherwise.

The post These Charts Show The Truth About Bernanke’s Abject Failure was originally published at The Wall Street Examiner. Follow the money!