Yesterday we first reported something unexpected: when looking at the constituents of the record short squeeze that started two months ago, and still continues, traders had largely maintained kept single-name shorts, and instead covered short ETF exposure. 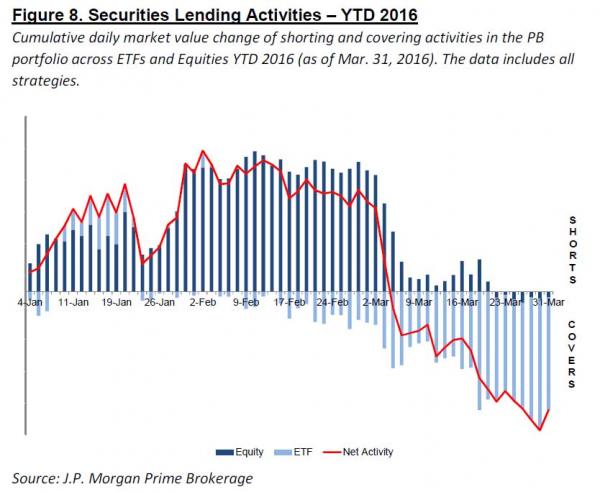 This followed a previous observation showing that when it comes to NYSE short interest, it is near the record highs (in absolute terms, if not as a % of market cap) reached during the financial crisis.

Furthermore, as we have been reporting for the past 2 months, the “smart money” clients of BofA have been consistently selling this rally, and as of this last week, have sold shares for 10 consecutive weeks,with the selling actually accelerating, and in the last week, during which the S&P 500 was up 1.8%, BofA clients sold a total of $4 billion, the largest since September, and the fifth-largest in BofA history. 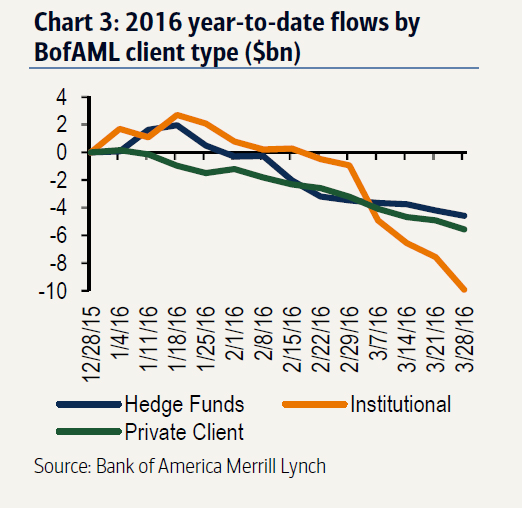 Bloomberg summarized all of this overnight in a note discussing the well-known short overhang, amounting to $1 trillion in total short interest.

Amid its biggest about-face in nine decades, a funny thing has happened in the U.S. stock market, where rather than loosen their grip bears have grown ever-more impassioned. They’ve sent short interest to an eight-year high and above $1 trillion, by one analyst’s math. Position reports from the Commodity Futures Trading Commission show mutual fund managers are more skeptical now than any time since at least 2010.

“There’s an enormous demand coming,” said Thomas J. Lee, managing partner at Fundstrat Global Advisors LLC., in an interview with Bloomberg TV . “Retail investors are about to put a lot of money into the equity markets because they’re trend followers and the S&P has had two positive quarters in a row. Funds can’t keep a trillion short position, larger than March ’09.”

It started in August, when bearish investors sent bets against U.S. stocks above 4 percent of available shares for the first time in six years. They haven’t backed off since. By the end of February, the ratio climbed to 4.4 percent, the highest since 2008, according to exchange data compiled by Bloomberg.As of March 15, that level was 4.3 percent, equivalent to a short position just under $1 trillion.

So, supposedly the market is the most short since 2008.

Which is odd because according to a report released this morning by UBS, while there are allegedly record shorts, the market is somehow, at the very same time, the most overbought since 2009. Here are technicians Michael Riesner and Marc Muller:

With the SPX hitting a new reaction high on Wednesday we were obviously too early in expecting the SPX to top out last week. However, our base case has not changed. The SPX continues to trade in the time window of our late March/early April top projection. The market is still in its most overbought position since 2009 and together with the internal momentum starting to deteriorate we see the SPX in a final extension instead of starting a new breakout, and in this context we are sticking to our recent comment and would not chase the market on current levels. 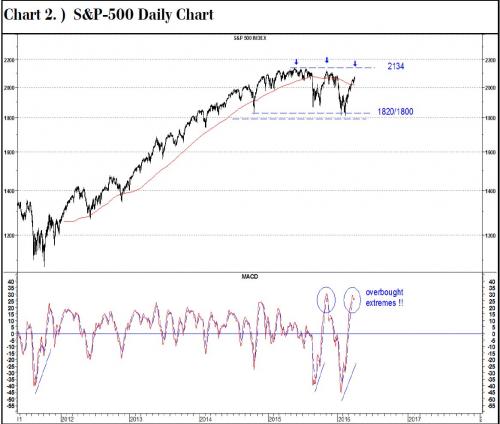 No Wonder Morgan Stanley chief equity strategist Adam Parker lost it this week, and is seeing nothing but cockroaches.

Source: Does Not Compute: The Market is the “Most Overbought Since 2009” Yet “Most Short Since 2008” – ZeroHedge