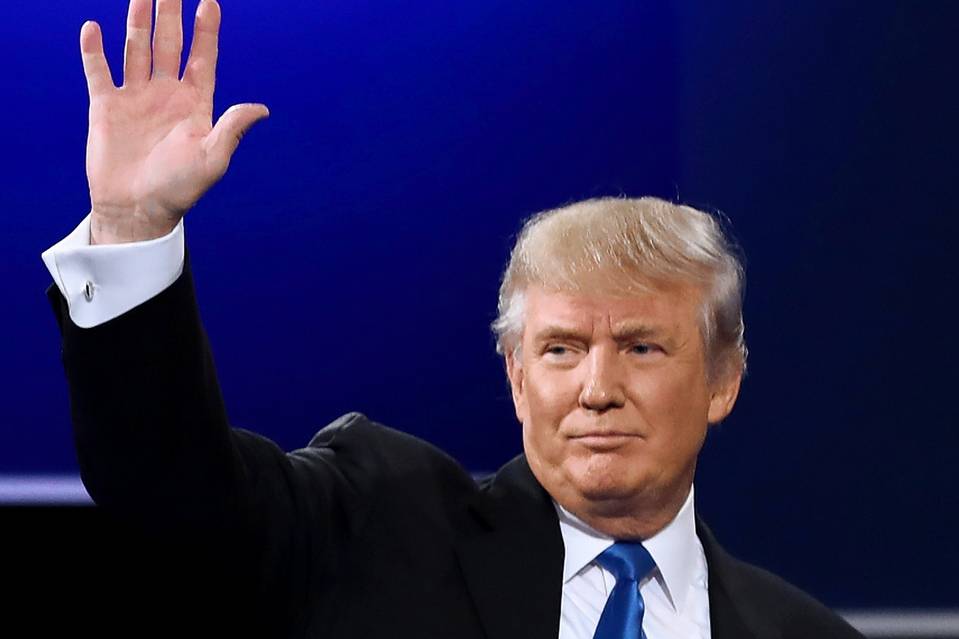 The press spends a lot of energy tracking the many errors in Donald Trump’s loose talk, and during Monday’s presidential debate Hillary Clinton expressed hope that fact checkers were “turning up the volume” on her rival. But when it comes to the Federal Reserve, Mr. Trump isn’t all wrong.

In a looping debate rant, Mr. Trump argued that an increasingly “political” Fed is holding interest rates low to help Democrats in November, driving up a “big, fat, ugly bubble” that will pop when the central bank raises rates. This riff has some truth to it.

Leave the conspiracy theory aside and look at the facts: Since the Fed began aggressive monetary easing in 2008, my calculations show that nearly 60% of stock market gains have come on those days, once every six weeks, that the Federal Open Market Committee announces its policy decisions.

My research, dating to 1960, shows that this stock-market partying on Fed announcement days is a relatively new and increasingly powerful feature of the economy. Fed policy proclamations had little influence on the stock market before 1980. Between 1980 and 2007, returns on Fed announcement days averaged 0.24%, about half as much as during the current easing cycle. The effect of Fed announcements rose sharply after 2008 when the Fed launched the early rounds of quantitative easing (usually called QE), its bond purchases intended to inject money into the economy.

It might seem that the market effect of the Fed’s easy-money policies has dissipated in the past couple of years. The S&P 500 has been moving sideways since 2014, when the central bank announced it would wind down its QE program.

But this is an illusion. Stock prices have held steady even though corporate earnings have been falling since 2014. Valuations—the ratio of price to earnings—continue to rise. With investors searching for yield in the low interest-rate world created by the Fed, the valuations of stocks that pay high dividends are particularly stretched. The markets are as dependent on the Fed as ever.

Last week the Organization for Economic Cooperation and Development warned that “financial instability risks are rising,” in part because easy money is driving up asset prices. At least two regional Fed presidents, Eric Rosengren in Boston and Esther Georgein Kansas City, have warned recently of a potential asset bubble in commercial real estate.

Their language falls well short of the alarmism of Mr. Trump, who in Monday’s debate predicted that the stock market will “come crashing down” if the Fed raises rates “even a little bit.” But it is fair to say that many serious people share his basic concern.

Whether this is a “big, fat, ugly bubble” depends on how one defines a bubble. But a composite index for stocks, bonds and homes shows that their combined valuations have never been higher in 50 years. Housing prices have been rising faster than incomes, putting a first home out of reach for many Americans.

Fed Chair Janet Yellen did come into office sounding unusually political, promising to govern in the interest of “Main Street not Wall Street,” although that promise hasn’t panned out. Mr. Trump was basically right in saying that Fed policy has done more to boost the prices of financial assets—including stocks, bonds and housing—than it has done to help the economy overall.

The increasingly close and risky link between the Fed’s easy-money policies and financial markets has been demonstrated again in recent days. Early this month, some Fed governors indicated that the central bank might at long last raise interest rates at its next meeting. The stock market dropped sharply in response. Then when decision time came on Sept. 21 and the Fed left rates unchanged, stock prices rallied by 1% that day.

Mr. Trump was also right that despite the Fed’s efforts, the U.S. has experienced “the worst revival of an economy since the Great Depression.” The economy’s growth rate is well below its precrisis norm, and the benefits have been slow to reach the middle class and Main Street. Much of the Fed’s easy money has gone into financial engineering, as companies borrow billions of dollars to buy back their own stock. Corporate debt as a share of GDP has risen to match the highs hit before the 2008 crisis.

That kind of finance does more to increase asset prices than to help the middle class. Since the rich own more assets, they gain the most. In this way the Fed’s policies have fueled a sharp rise in wealth inequality world-wide—and a boom in the global population of billionaires. Ironically, rising resentment against such inequality is lifting the electoral prospects of angry populists like Mr. Trump, a billionaire promising to fight for the little guy. His rants may often be inaccurate, but regarding the ripple effects of the Fed’s easy money, Mr. Trump is directly on point.

Mr. Sharma, chief global strategist at Morgan Stanley Investment Management, is the author of “The Rise and Fall of Nations,” from W.W. Norton (June 2016).

Source: Trump Tees Up a Necessary Debate on the Fed