U.S. Economic Data Has Never Been This Weak For This Long

Despite the ongoing propaganda reinforcing America’s “cleanest sheets in a brothel” economic growth, the fact is, there is a reason why The Fed folded, why Draghi doubled-down, why China cut, and why Kuroda will likely unleash moar QQE this week. It appears the ‘trap’ that central planners have set for themselves – by enabling massive financial asset inflation in the face of what is now the longest streak of economic weakness and data disappointment on record – now looks set to prove their impotence and/or Enisteinian insanity. 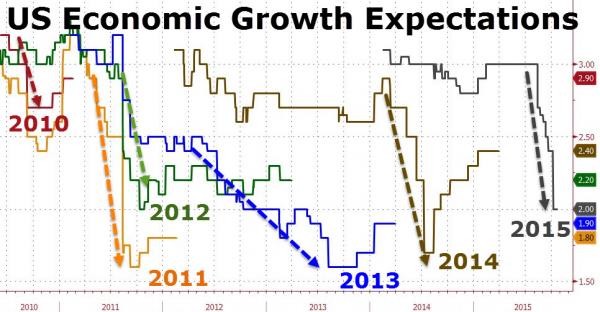 Corporate profit margins have taken a sharp hit and corporate profits for the S&P are now down 3% yoy despite continued share buybacks.

Through this entire period, markets have continually expected happy days to be just around the corner.

As a result, we have seen economic surprises for the US negative for the longest stretch in the history of the data series: 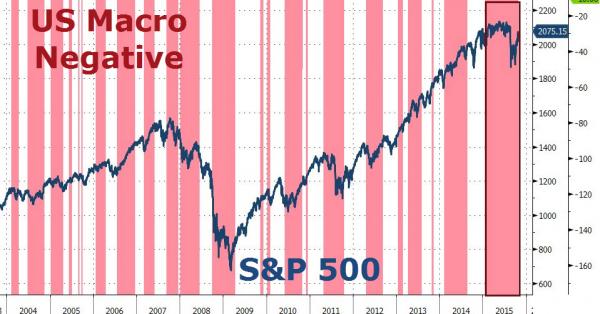 To make it a little clearer, this period of economic weakness and disappointment is not just the longest on record, but it is entirely unprecedented… 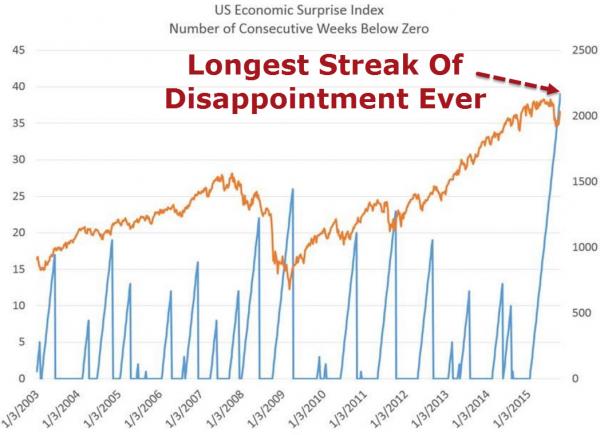 Hike rates into that!! (Is it any wonder, the market’s odds of a Dec rate hike remain at 34%, despite all the talk from The Sell-Side and The Fed that it is a live meeting)

Source: US Economic Data Has Never Been This Weak For This Long – ZeroHedge