Wall Street Gone Wild: A Review Of “The Big Short”, The Movie 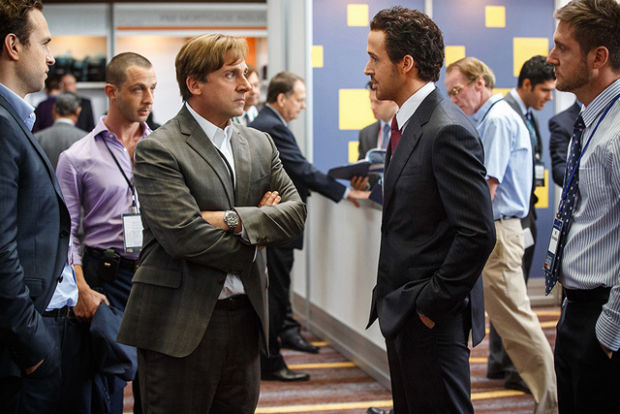 The Big Short opens nationwide today. But it happened to have one showing last night at a theater near me. My youngest son and I hopped in the car and went to see it. I loved the book by Michael Lewis. The cast assembled for the movie was top notch, but having the director of Anchorman and Talledaga Nights handle a subject matter like high finance seemed odd.

The choice of Adam McKay as director turned out to be brilliant. The question was how do you make a movie about the housing market, mortgage backed securities, collateralized debt obligations, collateralized debt swaps, and synthetic CDOs interesting for the average person. He succeeded beyond all expectations.

Interweaving pop culture icons, music, symbols of materialism, and unforgettable characters, McKay has created a masterpiece about the greed, stupidity, hubris, and arrogance of Wall Street bankers gone wild. He captures the idiocy and complete capture of the rating agencies (S&P, Moodys). He reveals the ineptitude and dysfunction of the SEC, where the goal of these regulators was to get a high paying job with banks they were supposed to regulate. He skewers the faux financial journalists at the Wall Street Journal who didn’t want to rock the boat with the truth about the greatest fraud ever committed.

What makes the movie great are the characters, their motivations, their frustrations, their anger at a warped demented system, and ultimately their hollow victory when the entire edifice of fraud came crashing down on the heads of honest hard working Americans. The movie does not glorify the men that ended up making billions from the demise of the housing bubble. But it clearly defines the real bad guys.

Steve Carell plays Mark Baum (based on the real life character Steve Eisman). He’s the kind of prick who would fit in perfectly on TBP. He is abrasively hysterical with his foul mouthed commentary and insults to authority. He is the heart and soul of the movie. You feel his pain throughout. Carrell should win an Academy Award for his performance.

Christian Bale’s quirky performance as one eyed Dr. Michael Burry, whose Asberger’s Syndrome actually allowed him to focus on the minutia and discover the fraud before everyone else, is top notch. Ryan Goseling is hysterical in his role as the narrator of the story. Brad Pitt plays a supporting role, but does it with his usual class.

Ultimately, it is a highly entertaining movie with the right moral overtone, despite non-stop profanity that captures the true nature of Wall Street traders. This is a dangerous movie for Wall Street, the government, and the establishment in general. They count on the complexity of Wall Street to confuse the average person and make their eyes glaze over. That makes it easier for them to keep committing fraud and harvesting the nation’s wealth.

This movie cuts through the crap and reveals those in power to be corrupt, greedy weasels who aren’t really as smart as they want you to think they are. The finale of the movie is sobering and infuriating. After unequivocally proving that Wall Street bankers, aided and abetted by the Federal Reserve, Congress, the SEC, and the mainstream media, destroyed the global financial system, put tens of millions out of work, got six million people tossed from their homes, and created the worst crisis since the Great Depression, the filmmakers are left to provide the depressing conclusion.

No bankers went to jail. The Too Big To Fail banks were not broken up – they were bailed out by the American taxpayers. They actually got bigger. Their profits have reached new heights, while the average family has seen their income fall. Wall Street is paying out record bonuses, while 46 million people are on food stamps. Wall Street and their lackeys at the Federal Reserve call the shots in this country. They don’t give care about you. And they’re doing it again.

Every American should see this movie and get pissed off. The theater was deathly silent at the end of the movie. The audience was stunned by the fact that the criminals on Wall Street got away with the crime of the century, and they’re still on the loose. I had a great discussion with my 16 year old son on the way home. At least there is one millennial who understands how bad his generation is getting screwed. 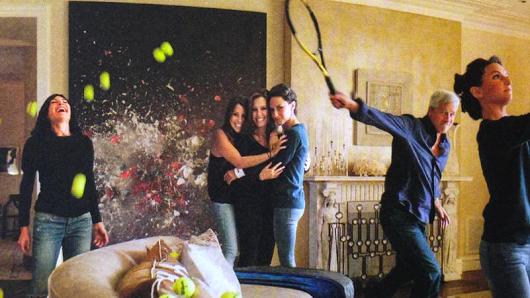 Source: The Big Short – A Review