GDP estimates for third and fourth quarter are now in a free-fall.

Last Friday the FRBNY Nowcast was in a blackout period because of the FOMC meeting on Wednesday. 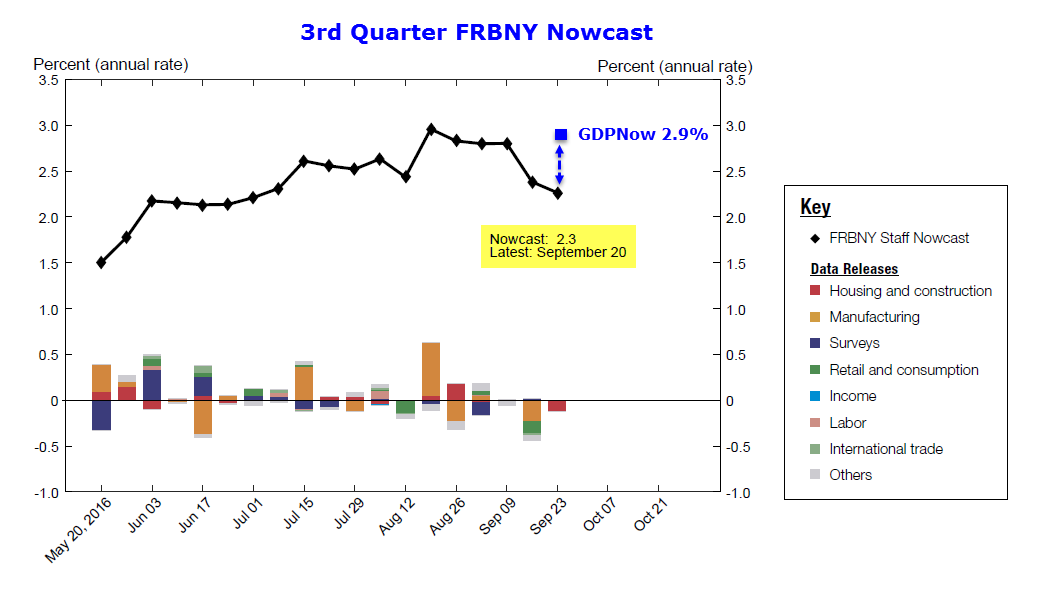 GDPNow is still strongly divergent with the Nowcast. However, the current GDPNow estimate of 2.94% is down from the initial August 3 estimate of 3.64% and the peak estimate on August 5 of 3.80%. 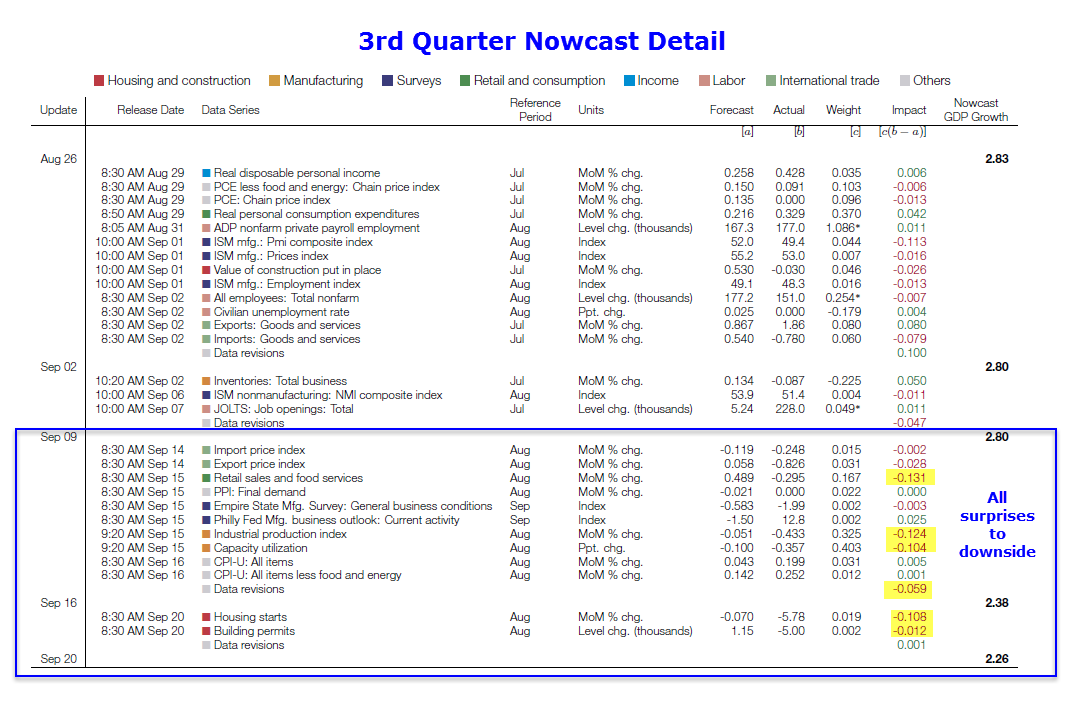 It’s not the data itself that matters, but rather how well the data came in vs. what the model estimated. Since the last estimate, nearly all data did worse than the model expected.

On September 19, the Wall Street Journal was talking about an “October Surprise” to the upside. My rebuttal, on the same day was 3rd Quarter GDP: October Surprise? Which Way?.

Guess of the Next Nowcast Guess

Based on recent data, my guess of the next FRBNY Nowcast guess is 2.4% for third quarter and 1.4% for 4th quarter. We will find out this Friday.

On Oct. 28, 11 days before the Nov. 8 presidential election, the Commerce Department’s publishes its first (advance) estimate of gross domestic product for the 3rd quarter.

Meanwhile there’s 39 days for economists to change their minds as to what will constitute a “surprise”.

By definition, surprises have to be what most don’t expect.

I suspect 3rd quarter GDP will be closer to 2.0% than 3.0%. I will make a comparatively shocking prediction of 1.8%, subject to revision between now and the final guess everyone gets to make.

There’s still five weeks of economic data yet to come in.

If the inventory build occurs that economists expect, it will be at the expense of 4th quarter GDP.

No miracles are to be found in Janet Yellen’s hat.

“I am going to mentally take a couple of ticks off of my guess of the next FRBNY Nowcast report due tomorrow. Most likely it will be a surprise to the economists.”

My initial guess of the guess was nearly spot on. However, today’s Nowcast report was through September 20, not September 22.

So mentally subtract another tick or two off the current Nowcast estimates of 2.26% and 1.22% for 3rd and 4th quarter respectively. Next week start off in a hole.

Looking further ahead, if there are more downward surprises, and I certainly expect some, 3rd quarter GDP will be under 2%, perhaps substantially.