Where The San Bernardino Terrorists Got $28,500 To Buy Their Guns And Bombs——From An On-Line P2P Lender Called “Prosper”

Over the course of the past nine months or so, we’ve documented the rise of online P2P lending.

Back in May, for instance, we highlighted a Bloomberg piece which suggested the volume of P2P loans is set to hit nearly $80 billion in 2015. “LendingClub, the No. 1 player worldwide, is trading at a market value of about $7 billion even though it lost $33 million last year,” Bloomberg said, before warning that “in a flashback to the subprime mortgage boom, P2P startups have begun bundling and selling off loans through securitizations.”

Well of course they have. When it comes to new, potentially lucrative markets, Wall Street is a bit like Christopher Walken’s character Frank White from the 1990 cult classic “King Of New York”: “Nothing goes down unless I’m involved.” The more demand there is for P2P loans to securitize, the lower will be P2P lenders’ underwriting standards creating a repeat of the originate to sell dynamic that helped create the housing bubble and is now playing out across the auto loan space. But when it comes to P2P loans, there’s another problem. P2P loans create the conditions whereby borrowers can refi high-interest debt via personal loans, transferring credit risk from large financial institutions to private lenders in the process. It’s not entirely clear what the implications of that shift might ultimately be, especially if the market continues to grow rapidly, but one thing is clear: using a relatively low-interest P2P loan to pay off a high-interest credit card is no different in principle than using a new credit card that comes with a teaser rate to pay off an old credit card.

As sinister as all of that sounds, it turns out P2P lending may have an even darker side. Those who follow trends in the ABS market – and let’s face it, who doesn’t, right? – might recall that back in January, BlackRock put together a $327 million deal dubbed “Consumer Credit Origination Loan Trust 2015-1.” The loans in the collateral pool were made through Prosper, the world’s second-biggest P2P lender. In an unprecedented move, Moody’s actually rated the damn thing, giving the senior tranche an investment-grade mark of “Baa3”. Here’s what Bloomberg said at the time:

The company, on behalf of its clients, scooped up more than $330 million of consumer debt arranged since November 2013 by Prosper Marketplace Inc., the so-called peer-to-peer lending platform that finds investors to fund borrowers, according to bond-offering documents. New York-based BlackRock is seeking to sell most of that debt to other institutions while retaining a risky slice.

The purchases represent about a sixth of debt obtained through Prosper during that period, showing how the platform has moved beyond funding from mom-and-pop investors. BlackRock’s bond sale, known as a securitization, could be a harbinger for more such deals, said Matt Burton, chief executive officer of Orchard Platform, a data provider to clients investing through online markets like Prosper’s and one run by LendingClub Corp.

“One of the large bottlenecks in this space for institutional investors has been volume,” he said. “That’s all changing.”

Yes, “that’s all changing,” thanks to the proliferation of P2P lending. In fact, loans originated through San Francisco-based Prosper jumped to $1.6 billion, last year, up some 350 percent.

If you aren’t familiar with P2P, you might be asking yourself: “what kind of loans does Prosper make?” Well, according totheir website, they arrange debt consolidation loans, home improvement loans, special occasion loans, and personal loans for business.

We’re not sure which of those categories “jihadist massacre” falls under (we assume “special occasion”), but as Reuters reports, San Bernardino mass shooters Syed Farook and Tashfeen Malik, obtained a $28,500 loan through Prospernot long before killing 14 and injuring nearly two dozen in a bloody rampage last Wednesday. From Reuters:

Online lender Prosper recently made a $28,500 loan to Syed Rizwan Farook who, along with his wife, killed 14 people at a holiday party last week in San Bernardino, California, according to a source familiar with the matter.

One of the Reuters government sources said Farook and Malik apparently pursued a scenario previously followed by U.S.-based militants by draining their bank accounts and maxing out credit lines before embarking on what they believe to be a suicide mission, knowing that they would not have to pay off the debts.

Prosper evaluates borrowers for loans, which are originated by third-party bank WebBank. Prosper then sells the loans off to investors. 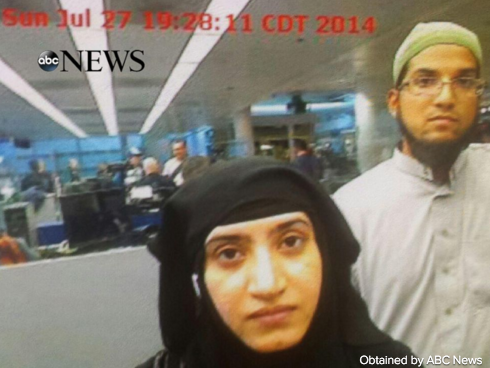 As Prosper puts it in the “How It Works” section of its website, “Prosper is the market leader in peer-to-peer lending-a popular alternative to traditional loans and investing options. Prosper allows people to invest in each other in a way that is financially and socially rewarding. We cut out the middleman to connect people who need money with those who have money to invest…so everyone prospers!”

Well, “everyone” didn’t exactly “prosper” here and because this didn’t turn out to be one of the site’s more “socially rewarding” ventures you can bet the FBI is taking a hard look at just how the company went about evaluating this particular loan prior to approval. More from Prosper:

Here’s how it works:

We’re reasonably sure Farook didn’t list “general terrorist purposes” as the reason for his loan request which begs the question of whether the person who provided the funding was complicit in the plot or whether it was merely some innocent benefactor who bought the story that Farook posted (indeed, given his occuption as an employee of the state, he probably looked, on paper, like a good credit).

In any event, they’ll surely be much more on this story in the very near future but for the time being, we’ll simply leave you with two images, the first from Prosper’s website, and the second from the aftermath of Farook and Malik’s shootout with police. Here’s what the pictures have in common: a husband, a wife, a car, and Prosper. We’ll leave it to readers to spot the differences. 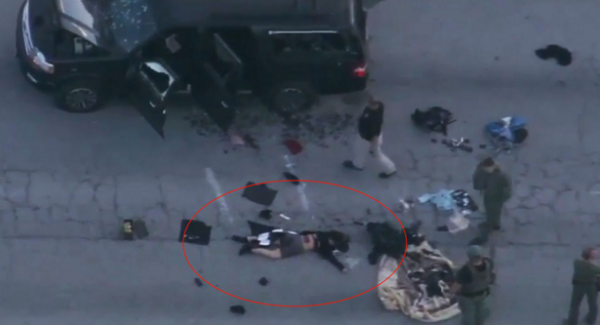